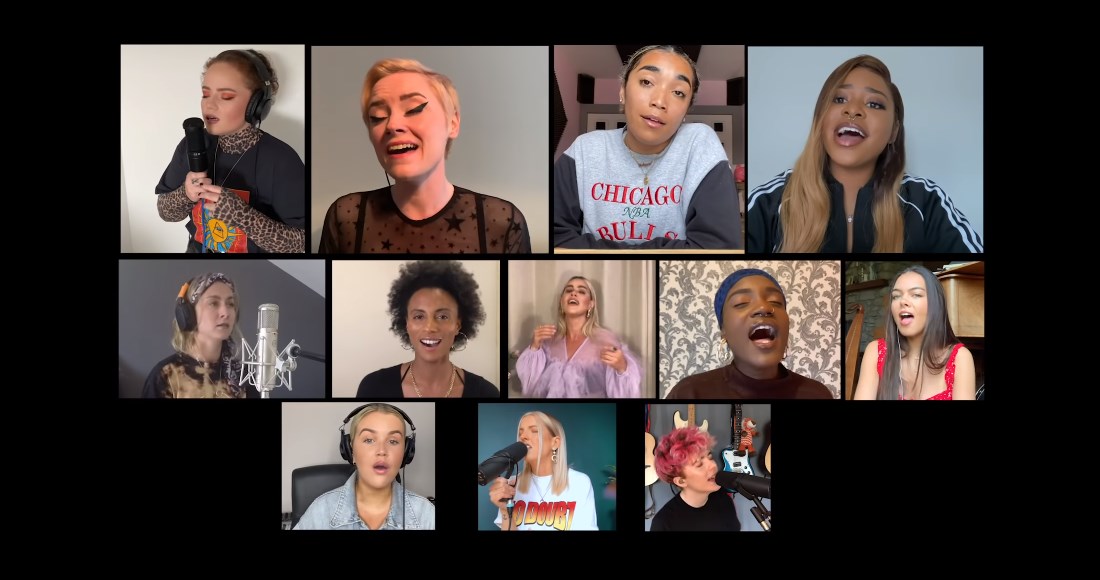 Charity collective Irish Women in Harmony are on course to claim this week’s highest new entry on the Official Irish Singles Chart, according to IRMA and OfficialCharts.com/Ireland.

Organised by singer-songwriter RuthAnne in support of domestic violence prevention agency SAFE Ireland, the charitable cover of Dreams by The Cranberries is at Number 6 on today’s midweek sales flash.

The song – which features 39 female artists and musicians including household names Imelda May, Lisa Hannigan, Moya Brennan and Caroline Corr, groups Saint Sister, Wyvern Lingo and Pillow Queens, and rising stars like Aimée, Lyra, Orla Gartland, Soulé, Áine Cahill and Sibéal – has scored the most downloads since this week’s sales window opened on Friday at 12am. Dreams is outselling the rest of the Top 10 most downloaded songs of the week so far combined.

RuthAnne told OfficialCharts.com/Ireland: “Thank you so much to everyone who has been supporting the song. We are blown away by the reaction. Let’s keep it going up and up the charts and keep highlighting the incredible female talent in Ireland. Most importantly please keep donating and downloading as 100% proceeds of this song go to Safe Ireland domestic abuse victims and they need us now more than ever. I am so proud to be an Irish female today.”