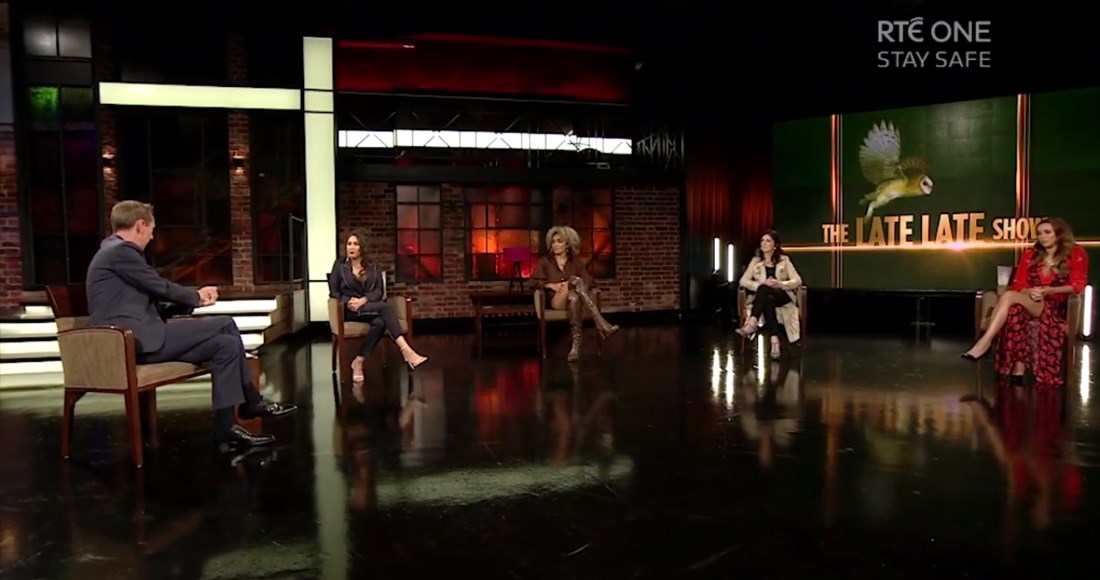 Irish Women in Harmony are on course for the Official Irish Singles Chart Top 10 for the first time following their performance on RTÉ One's The Late Late Show last Friday (September 4).

The 39-strong collective - organised by artist and songwriter-to-the-stars RuthAnne - came together in early lockdown to record a cover of The Cranberries' Dreams, with all proceeds from the song going to domestic violence prevention charity SAFE Ireland.

Sales data captured over the weekend by IRMA and OfficialCharts.com/Ireland reveal that Irish Women in Harmony are set to re-enter the Official Irish Singles Chart Top 50 this Friday (September 11) and are currently at Number 4. Dreams was the most downloaded track of the weekend, and is outselling the rest of the Top 10 combined on that format.

During an interview segment with host Ryan Tubridy, RuthAnne confirmed the girls are looking at recording a potential Christmas single, and will put out an album next year.

"We're doing an album, explained the singer from Donaghmede. "We're working on a plan right now where maybe a few of us can be in the studio socially distanced. There'll be some originals on it and a few more covers [by] Irish females. This is not the end for the Irish Women in Harmony. We just want to thank the Irish public for embracing us this summer."