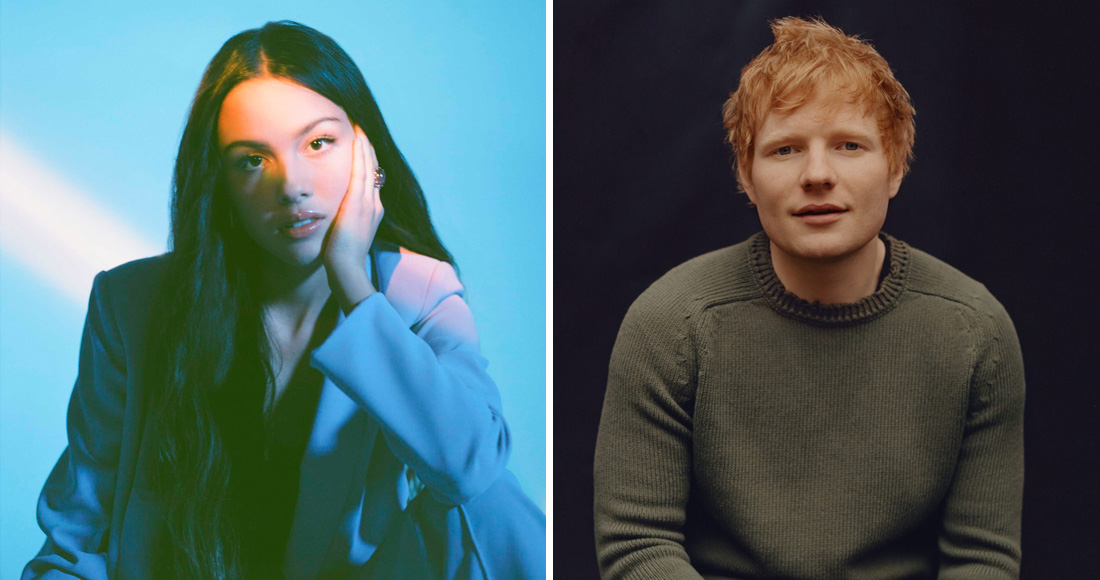 Olivia Rodrigo remains firmly in the driving seat as Ireland’s Official biggest song of 2021 so far, while three more tracks from her debut album Sour feature in the Top 50 songs of the year to date.

The news comes as new data from the Official Charts Company and the Irish Recorded Music Association (IRMA) reveals that Ireland’s singles sector has so far seen a 16% year-on-year growth in 2021 - including a 13% rise in streaming and a huge 34% leap in physical CD singles as many artists return to the format as a collectible item for fans.

Close behind at Number 2 is Olivia’s six-week chart topper Good 4 U, while Top 3 single Deja Vu ranks 17th, and Traitor places at 27.

Ed Sheeran’s chart-topping Bad Habits races in at Number 3 on the year-to-date chart, while Dua Lipa’s Levitating (4) and The Weeknd’s Save Your Tears (5) completes the Top 5. Also in the Top 10 are Lil Nas X’s Number 1 single Montero (Call Me By Your Name)at 7, viral sensation Heat Waves by Glass Animals at 8, and Riton’s dancefloor smash Friday with Nightcrawlers ft. Mufasa & Hypeman at 10.

Irish artist Dermot Kennedy claims the biggest song by a homegrown artist as his collaboration with producers Meduza, Paradise, places at 11, while his runaway hit Giants is close behind at 14. Dermot’s Number 2-peaking smash Outnumbered also features at 49.

Australian newcomer The Kid Laroi holds two spots on the YTD chart with Top 10 hits Without You at 12 and Justin Bieber collaboration Stay at 16. Further down, another rising star, British artist Mimi Webb, is new at 31 with her breakthrough hit Good Without.

Further down, Eurovision winner’s Måneskin claim two entries with Beggin (35) and I Wanna Be Your Slave (38), while Little Mix also hold two spots in the Top 50 with Heartbreak Anthem with Galantis and David Guetta (25), and Sweet Melody (43).