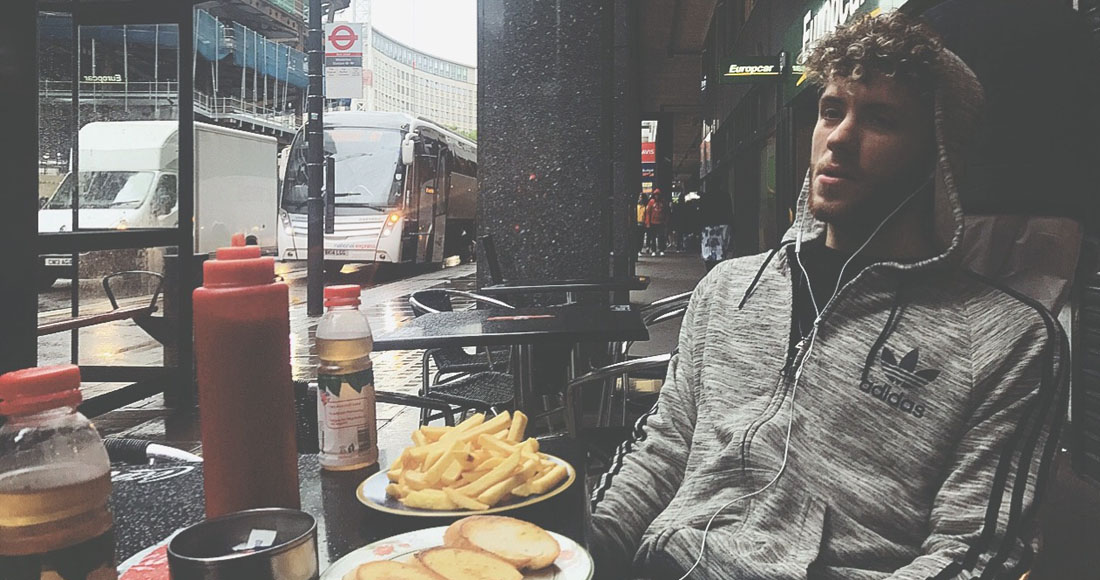 20-year-old neo-soul singer Connor Mullally-Knight – or just Mullally to you and us - is well on his way to becoming UK’s next big breakout star.

In the last 12 months, Norfolk-born Mullally has sold out shows from London to L.A, supported Jess Glynne, Akala, Raye and Clean Bandit and has played countless festivals, with loads more to come this summer – including Radio 1’s Big Weekend, Boardmasters and Great Escape this weekend.

He’s got plenty of big-name support behind him too: Radio 1, 1Xtra, MTV, SBTV and The 405 are all tipping him for success; and last October he picked up the Best Solo Male prize at the Unsigned Music Awards. The three songs he’s put out so far - Overdose, Troubled Love and Wonderful – have already been streamed over 6 million times.

We caught up with Connor in true popstar fashion – between a singing lesson and a haircut. So, off we went to the barbers’ to discuss all things Mullally.

You’re a 20-year old from Norfolk, now living in London, with a major label record deal. How do you feel?

“Grateful, and thankful. A lot of people from where I’m from would never even dream of that. I think the first step was dreaming about it and then trying to make it happen. I’m feeling very confident and focused. But I’m also like ‘oh my God! This is happening to me right now! What’s going on?!’”

You were a rugby player before getting into music; what made you change your mind?

“A big injury. I dislocated both of my shoulders. I’ve got a metal pin through one of them. It was a transition from sport to music for me because I just started exploring this world of music and festivals, and it suited me. I think it was a natural progression from how I was growing up and the people I surrounded myself with. I never fell out of love with sport. I still play every week and I follow a sporting routine, but I fell more in love with music.”

You started out in a band doing rock covers. What happened there?

“So, I picked up a guitar when I was 15, and by age 16 I was gigging around Norfolk with my two best mates. We had a band called Banjax. For a couple of years we toured the UK playing weddings, gigs, and festivals. One summer we did 42 festivals. A different one every day of the weekend. We’d just drive from one to another in a sweaty, disgusting 1.2 litre Fiat Punto with our drum kit, bass guitars, electric guitars, all layered like Tetris. I was the singer and bass player.”

So you play bass as well?

“I can play drums, bass, guitar and keys.”

What made you change from rock to pop?

“I think I was always going for pop. I taught myself to sing with soul [because] that’s my musical heritage. But everything comes back round to pop. If it’s popular, if it’s good, and if you write it for other people to listen to, then it has to be pop. But also I just love pop music, its just cheeky, it’s fun.”

Have you had an amazing popstar moments yet?

“There’s really cool bits, like going to the Brits afterparty and hanging out with Stormzy and Ed [Sheeran]. Things I never thought would happen. But the best bits have been with my managers, Derek and David, we’re very much a team. We sit down and we want to make something happen, we’re like, ‘this is our aim for in six months’, six months later we’ve done way more than we anticipated. That’s the best feeling for me.”

What are you working on at the moment?

“I’m working on my material and my live shows. I want people to walk away and think ‘Yo, when was the last time we went to a gig like that? Because that was different from anything I’d seen in a long time’. I’m just getting loads of songs and building a really strong catalogue.”

When is your album going to be out?

“I think it’s going to be July or August 2018. I’ve got 190 songs to choose from, and that’s just from the last 18 months. If we project that sort of trajectory – vocabulary! Jesus! - we’ll probably be choosing from about 300 songs. It’s going to be tough.

“For me, songwriting isn’t just about ‘I wanna write this song today’, it’s a very quintessential part of getting my head around how I feel. Sometimes I don’t write songs for people to listen to. Sometimes there’s a song because I needed to write about that thing.

“I also have this theory where for every one song you want, you have to make 30 songs that don’t sound like it. It’s those 30 songs where you can tick off what you don’t want, then you realise what you do. You’ve got to try and cut off some of the map before you can throw the pin.”

What’s the dream for five or ten years’ time?

“In five years I’d love to play the pyramid stage at Glastonbury and have a Number 1 album. That’s when I can say, ‘Mum, I made it.’

“In ten years I’d like to be producing other people’s albums, running my own record label, and finding a balance between being an artist and doing everything else I want to do.”

You’re on the same label as Ed Sheeran. Are you aiming for his level of success?

“Obviously this is just a recording and you’re going to write this, but I’m staring out of the window right now on a rainy day in the barbers wishfully thinking into the future. Well, I pray and I hope and I think maybe one day it could happen.”

What’s the most daunting thing about getting popular?

“I just say what goes into my head. I haven’t got a filter and sometimes I say stupid stuff. I’ve had media training this week and I smashed it, but it’s daunting. I haven’t come from Brit school, I’m just a normal guy that’s fallen on his feet.”

What albums are you enjoying at the moment?

Loyle Carner, Drake, Kendrick Lamar, and oh – J Hus! I had an idea of what he does and then he dropped this album and it was like – wow. I thought it was really, really, sick.

Any advice you’d given to someone hoping to follow a similar path to you?