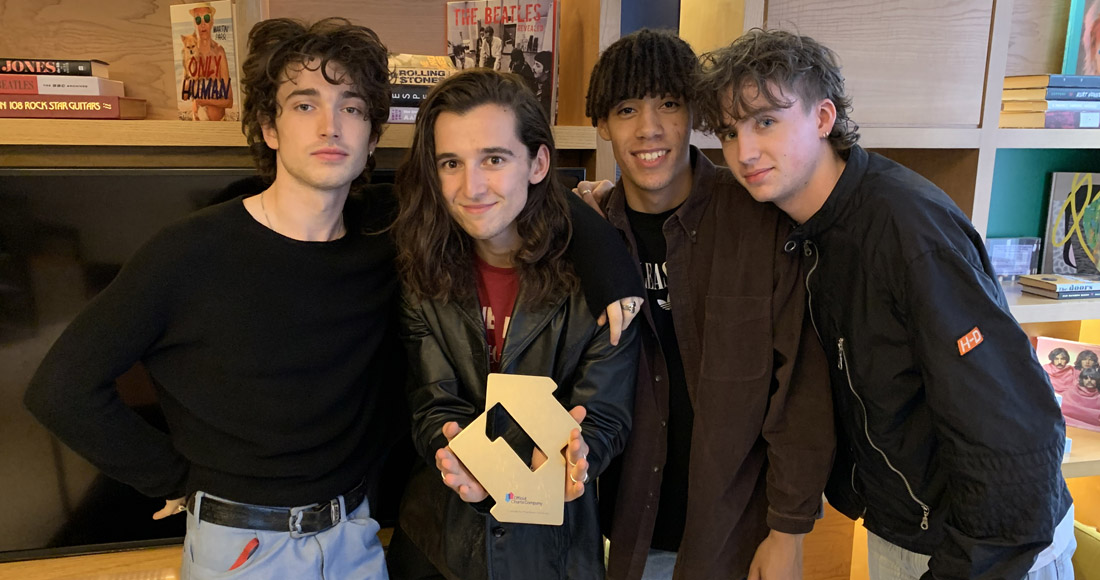 Congratulations to Inhaler, who land straight in at Number 1 on this week’s Official Albums Chart with their debut collection It Won’t Always Be Like This.

The Dublin rock band become the first Irish act to top the chart with their debut album in 13 years, since The Script's self-titled debut in 2008.

Inhaler claim the top spot with 18,000 chart sales, 92% of which were physical sales. The album is also this week’s best-seller on vinyl - and the fastest-selling debut album on vinyl of any band this century.

Celebrating the news, Inhaler told OfficialCharts.com: “We can’t believe our album has gone to Number 1. From starting off in small clubs in the U.K. to where we are today, never did we think during the making of this album that this would be possible for us four chancers.

"Thank you to everyone who bought or streamed our record. It means the absolute world to us. Inhaler X”

It Won’t Always Be Like This is the fourth debut album to reach Number 1 in the UK this year, following Celeste’s Not Your Muse, The Snuts’ W.L., and most recently Olivia Rodrigo’s Sour, which drops a place this week to Number 2.

There are two more new entries in this week’s Top 10: Tom Odell’s fourth record Monsters opens at Number 4, his fourth Top 10 collection, and Muse’s 2001 album Origin Of Symmetry is at Number 6 following a 20th anniversary reissue.

Further down, a new S Club 7 retrospective Essential is new at Number 35, and finally, British band Turin Brakes land at Number 37 with a 20th anniversary edition of their debut album The Optimist.