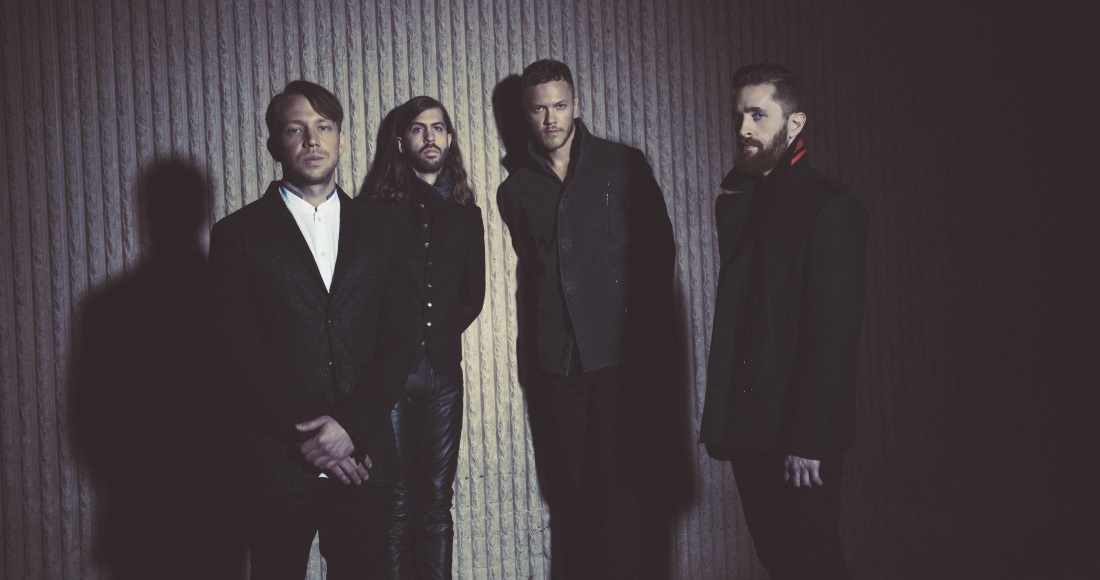 Imagine Dragons are set for their first UK Number 1 album this weekend.

The US rock band has stormed into the lead on today’s Official Chart Update with their second LP Smoke + Mirrors. If they hold on to their lead, the group will beat the peak of their debut Night Visions, which peaked at Number 2 in 2013.

Meanwhile, Drake’s If You’re Reading This You’re Too Late climbs a place to Number 2, and last week’s Number 1 In The Lonely Hour by Sam Smith is at 3.

English rock band Thunder are on course  for their highest-charting album in 23 years with tenth album Wonder Days, new midweek at Number 4, and Scottish band Texas land at Number 5 with their anniversary album Texas 25.

Indie rockers Idlewild are on track for their highest-charting album in ten years with Everything Ever Written, which starts at Number 8, while Led Zeppelin’s self-titled debut album re-enters the tally at Number 12.

New at Number 13 Charli XCX’s Sucker, Ne-Yo’s sixth studio album Non-Fiction enters at 14, and rock trio Little Comets are set for their first Top 40 album with their third LP Hope Is Just A State Of Mind, currently at 18.