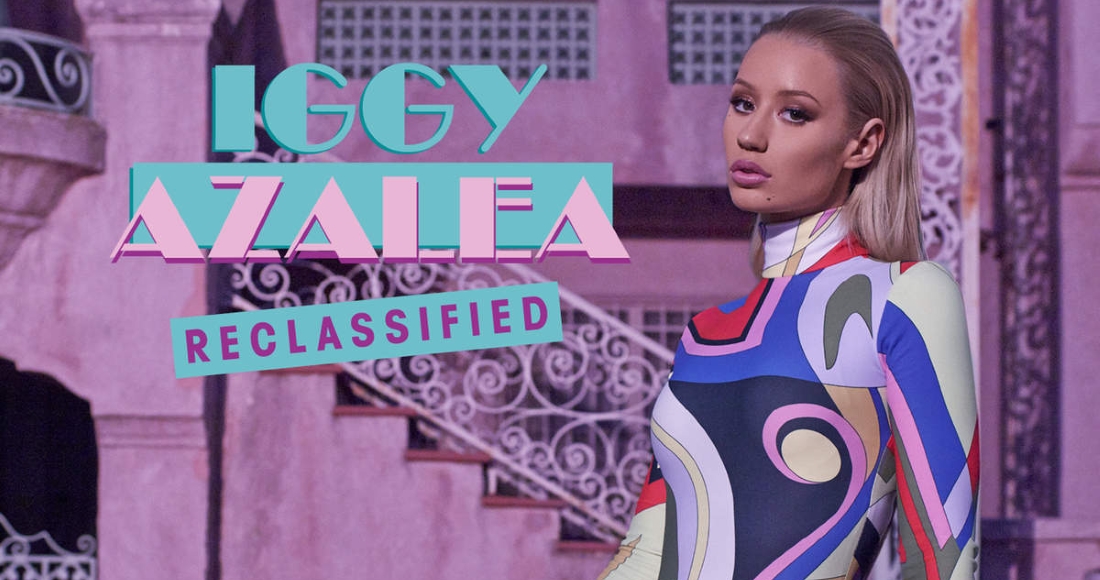 You know the drill: come Christmas, a number of artists reissue their albums with a selection of brand new tracks to satisfy the superfans and hopefully gain a few new ones in the process.

One such artist pulling the trick this year is Aussie pop-rapper Iggy Azalea. But rather than simply whacking on a few extra tracks on to her Top 5 album The New Classic, she culled five songs, added five new ones, re-sequenced the entire thing and given it a new title: Reclassified.

The original features the singles Work, Black Widow and global smash Fancy, which to date has sold a staggering 552,000 copies in the UK.

So how do the new tracks stand up? We’ve had a listen to them and reveal what you can expect below:

We In This Bitch

“It’s like I’ve seen this before, life is now everything I dreamed and more,” Iggy raps on the LP’s new opening track. Given she’s dominated much of 2014 with her global breakthrough hit Fancy and Rita Ora-assisted follow-up Black Widow, it’s hardly surprising that her new newfound success is a theme that runs throughout the five new tracks. “What’s a world with no I-G-G in this bitch?” She asks cooly over head-nodding beats and ambient synths. As far as 2014 goes, it’s difficult to imagine it without her.

Serving as the album’s new single, Beg For It is essentially the sequel to Fancy: confident verses about rising to the top of rap pack and a ridiculously catchy chorus courtesy of trendy Danish electropop singer MØ. And while the ingredients are the same, the end result is just as irresistible.

On paper this shouldn’t work, but Iggy’s playground rhymes about falling for a bad boy (“A little trouble only makes for a good time”) and Jennifer’s gutsy vocal on a ‘60s Motown-funk chorus are winning combination that hopefully marks start of more experimenting for her next album proper.

Iggy insists she ain’t going nowhere on what is essentially a three-minute-and-twenty-second braggathon. “I’m feelin’ like I got this world at my feet,” she spits over muted bass thumps and squeaky synths. And given she’s still essentially on her debut album, you can’t help but admire her determination.

Iggy’s cockiness rubs off on guest feature Ellie Goulding on Heavy Crown, which finds the singer claiming she’ll cling on to her pop crown for as long as she can. Over a tribal rock riff Iggy sends out a message to her early detractors, declaring: “Oh lord weren’t you mistaken?” To be fair, she has a point.

Listen to a preview of the new tracks on Reclassified below:

Iggy Azalea’s Reclassified is released in the UK on Monday, November 24.