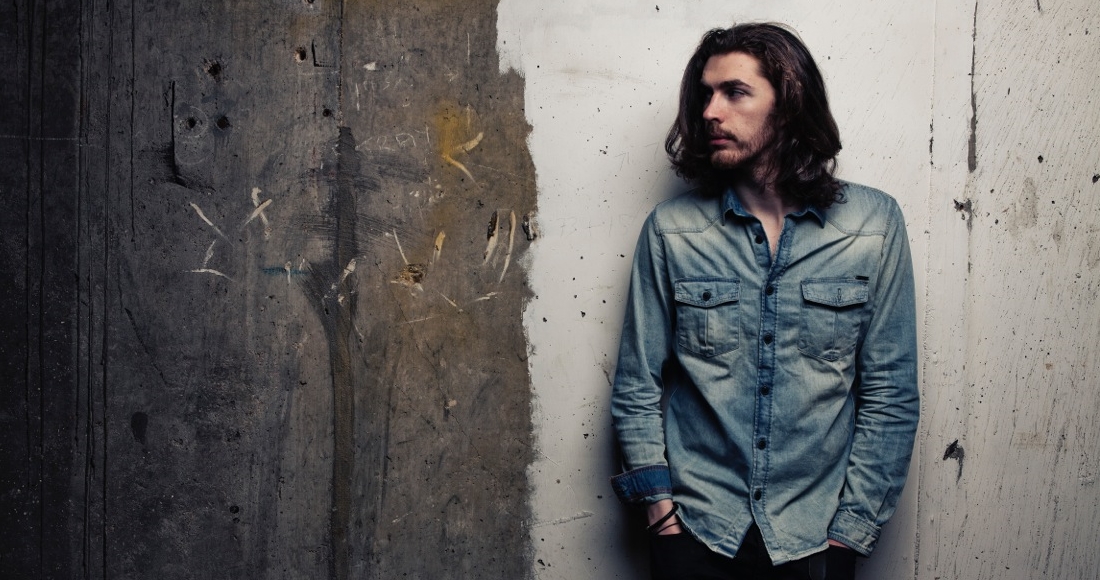 The record includes the hit single Take Me To Church, which last month climbed into the UK Top 40 seven weeks after its release and has so far peaked at Number 26 on the Official Singles Chart.

Meanwhile, George Ezra wins a second week at Number 1 with Wanted On Voyage. The 21-year-old’s folk-rock debut topped the chart last week after 14 weeks inside the Top 10.

Ed Sheeran’s X climbs a place to Number 2 this week, Sam Smith spends at 20th week in the Top 10 with In The Lonely Hour (Number 3), and Barbra Streisand’s Partners is at 4.

In addition to Hozier, there are a massive 13 new entries on this week’s album chart. Canadian musician Caribou aka Dan Snaith claims his highest-charting UK album to date with Our Love at Number 8, Johnny Marr’s second solo album Playland enters at 9, and UK electro-house duo Gorgon City land at Number 10 with their debut LP Sirens.

Bryan Adams’ 11th studio album and first in six years Tracks Of My Years is at Number 11, and country trio Lady Antebellum enter at 12 with their fifth studio album 747.

Elsewhere, Jamie Cullum’s seventh album Interlude (19), Flying Lotus’ You’re Dead (24), Foster & Allen’s Gold & Silver Days (28), Jackson Browne’s Standing In The Breach (31) and Weezer’s Everything Will Be Alright In The End (37) all earn a place inside the Top 40 this week.

Watch the Official Chart Wrap Up with Jamela Jamil below: