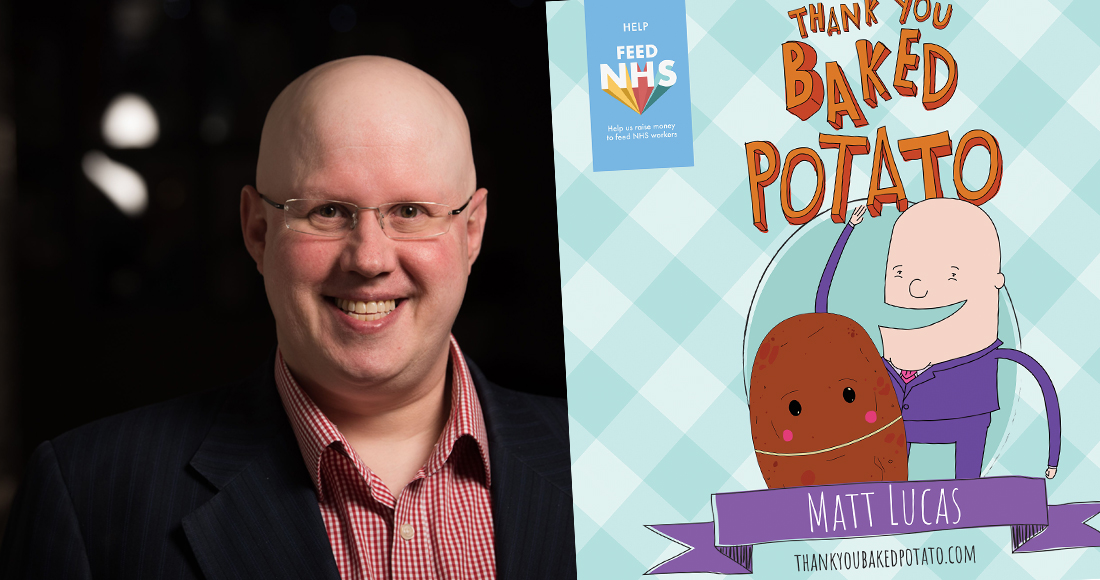 When Matt Lucas revived a song he wrote 20 years ago and posted it online last week to give advice on how to stop spreading the coronavirus, he didn't expect it to lead to millions of views and an official single release.

"It's all come along really quickly," he told us. "I thought about 500 people would watch the video".

Matt has reworked his Baked Potato Song, which originally featured on BBC comedy panel show Shooting Stars, to promote key messages about social distancing and hand-washing during the coronavirus pandemic.

"I was tinkling around on my piano," Matt explained to Official Charts. "There are a couple of songs I did on Shooting Stars that people remember and seem to ask me about in interviews, and Baked Potato is one of them. I’m not really sure why, but the idea just popped into my head. The thing is, now people probably know the song better for this than they do from Shooting Stars.”

The Baked Potato Song encourages people to "wash your hands and stay indoors", keep your distance from others and avoid touching your face.

"I was watching the news a week ago and people were still going out and not really distancing," Matt said. "I thought I’d rewrite the words to Baked Potato because maybe little kids would hear the song and tell their parents to stop going out! I put it up on Twitter and didn’t think anything of it, but it’s had over three million views now and people are doing their own versions of the song. A friend suggested I released it for charity, and ten days ago I set up FeedNHS."

The 55-second song is available to download and stream now, with all proceeds going to FeedNHS - an initiative set up by food chain Leon alongside Matt, Damien Lewis and Helen McCroy to raise £1 million and get hot meals to NHS workers and critical care staff nationwide. At the time of writing, they've raised £630,000. You can donate directly to the cause here.

Matt admits its challenging to raise money at a time when many people are worrying about their own finances and future. "That’s why in a way the song isn’t a bad thing because it costs 99p and it goes to charity.

“People are being very generous and being very kind in donating money, and obviously the real heroes are the ones working on the front line."

Another aim with the song is to help children during these uncertain times. "It’s an overwhelming time for kids because they rely a lot on routine," Matt said. "Most children are now not at school and it’s a confusing time.

"However much we want to shield children from what’s going on, at the same time we need to let them know how to be safe. This feels like a gentle, fun way of doing it. It’s also something else to sing while washing your hands instead of happy birthday.”