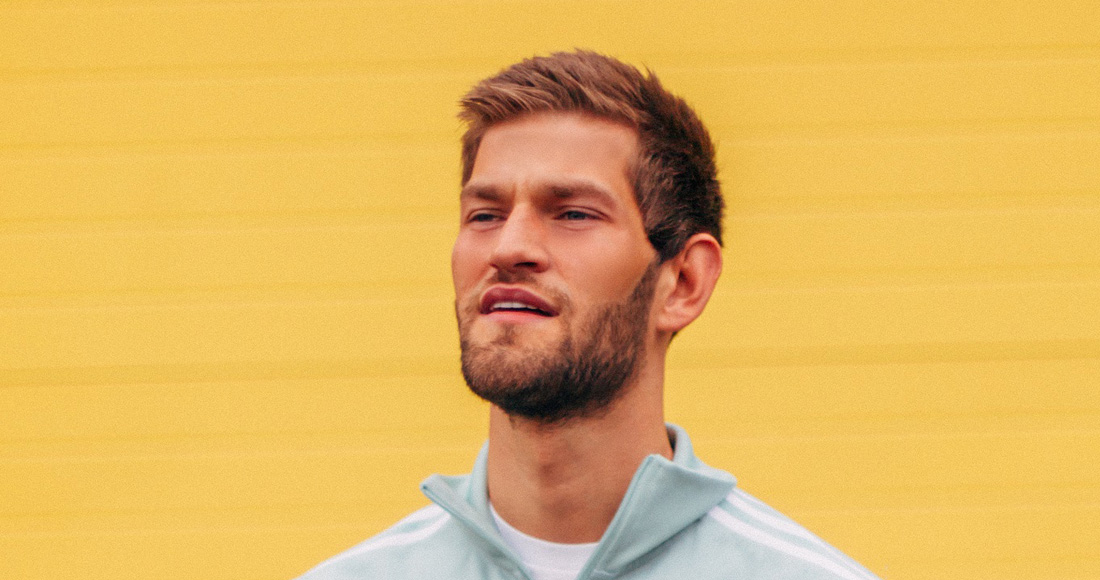 Nathan Dawe has one of the fastest-growing songs in the UK at the moment. The track is a re-work of Sweet Female Attitude’s garage-pop hit Flowers which, spookily (or not), reached its Number 2 peak on the Official Singles Chart exactly 20 years ago this week.

His version is still climbing, currently on course to enter this week’s Top 20. “It’s a surreal feeling,” he tells us over the phone, in lockdown at his home in Burton. “I’ve been pretty much working my whole music career/life for this achievement, so now that it’s happened, it feels a bit weird. It’s not the best time for everyone right now, but it’s equally bad for all of us. Although I suppose it’s a decent situation for myself!”

Updating a 20-year-old classic (arguably nostalgia’s sweet spot) with a dance-pop twist is hardly a new concept – British DJ Joel Corry landed a Top 10 smash with his take on Monsta Boy’s Sorry last September – but when it’s done right, the results can be massive; if not particularly lucrative in this case.

“The writers of the original Flowers (Mike Powell and Martin Green) have 100% of all the publishing [royalities]” Nathan explains. Despite re-working some of the lyrics and adding a verse by Birmingham rap newcomer Jaykae, Nathan insists: “It’s still their song, isn’t it? I’ve seen the odd couple of tweets saying I’ve just used a cover for my financial gain. I’m not actually making money from the song.”

But it has raised his profile considerably. “It definitely has now, but that’s not guaranteed when you put the tune out. I went into it with aim of just wanting to make a feel-good song. Some people think I’ve robbed someone else’s track. In reality, there was weeks of back and forth with lawyers.”

25-year-old Nathan, who started DJing when he was 11, describes himself as more of a “selector” with an innate ability to read a crowd, rather than a technical whiz. “I live in a small town and it was hard to branch out from it,” he explains. “I’ve played every birthday party, wedding, school disco, pub and club you can imagine, for six hours a night every night of the week."

Before the rise of streaming, Nathan built a loyal following by releasing mixes on Soundcloud. Rather than the usual genre-specific mixes being put out, he released 30-minute mashups covering everything from house music to hip-hop, reggae, bassline and pop. “It took me to the point where I was headlining massive festivals and performing sell out shows in huge clubs. I knew that wouldn’t last forever, particularly with the rise of things like Spotify, so I set up a four-year plan and got into production.”

The first result of his time behind a mixing desk, Cheating, was a hit in the clubs and a moderate mainstream success sneaking into the Official Singles Chart at Number 94 in 2018. Follow-up Flowers was released October 2019 but only started climbing up the UK Top 100 in February. “Genuinely – and it might sound cheesy,” he says, “but I feel like because of the current situation, it’s such a feel-good, happy song and it gives people a bit of escape from what’s going on.”

Nathan is planning to follow Flowers with an original song. He has “four or five tunes pretty much done,” all of which could define the musical path he takes into the future. “They’re a mix of commercial house, pop and there’s an R&B track which I love. I’ve also done a James Arthur-style ballad I wrote myself with a singer called Nath Brooks, which is completely different to everything I’ve ever put out. I'm still working everything out, but it really could go anywhere from here.”

MORE: Joel Corry reveals his formula for a club banger