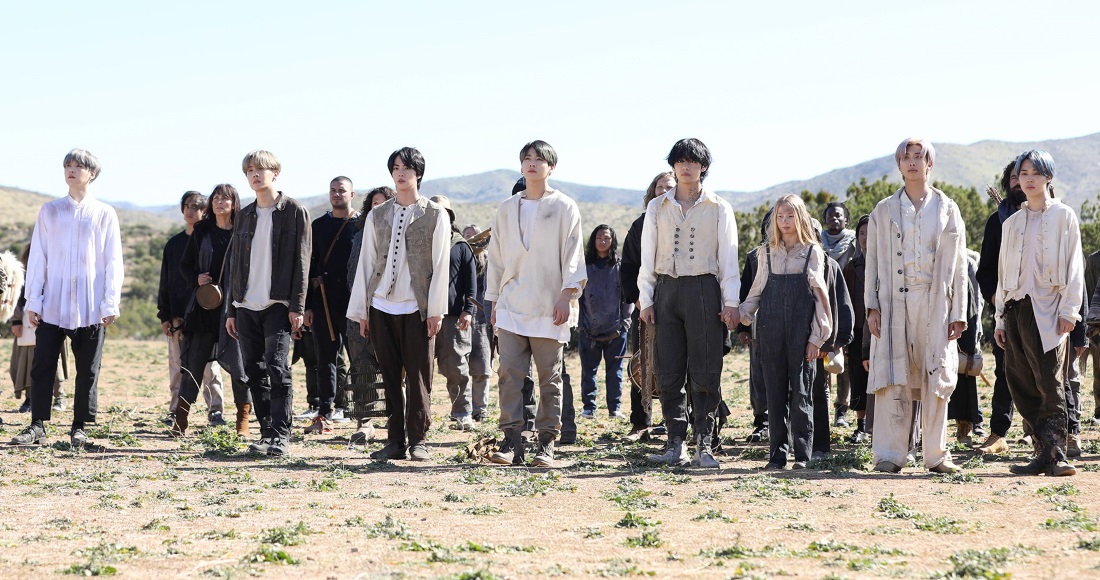 The charts don't lie: K-pop group BTS are a phenomenon that are only going to get bigger and bigger.

The Korean group released their latest album Map of the Soul: 7 on February 21, and their fanbase - the ARMY - supported their boys in droves. The result? Smashing records and topping charts worldwide.

Here in the UK, BTS claimed the fastest-selling album of 2020 so far, achieving their biggest opening week to date. Map of the Soul: 7 is the band's second UK Number 1, and fifth Top 10.

But how did they fare in other territories? Let's find out.

347,000 of BTS' figure were paid-for sales, the most since Harry Styles' Fine Line shifted 393,000 last December. More interestingly, BTS managed to sell that amount without merch bundles or a tour ticket promotion, unlike Harry did, which is now a technique utilised by many acts on the US charts to drive sales.

BTS have now scored four US Number 1 albums in the space of a year and nine months; the last time a group managed four chart toppers faster was 52 years ago when The Beatles did it in one year and five months starting with Yesterday and Today (1966) and ended with Magical Mystery Tour (1968).

BTS claimed their first Irish Number 1 with Map of the Soul: 7, a sign that their latest album is their breakthrough album in many territories. MOTS:7 scored Ireland's biggest week physical sales in 2020 so far.

While much is publicised about BTS' western success, it's important to highlight just how popular the group are in their home country. BTS lead the charge of K-pop music in the West, and they definitely rule the roost in South Korea too.

With their last EP Map of the Soul: Persona, the band broke the record for the fastest-selling K-pop album of all-time in South Korea, selling 2.1 million. That record pales in comparison to the sales 7 managed to achieve. According to The Korea Herald, J-Hope, Jimin, Jin, Jungkook, RM, Suga and V's latest album sold 3.378 million copies in its first seven days.

Elsewhere in the world, Map of the Soul: 7 became BTS' second Number 1 in Australia and New Zealand, and first chart topper in Belgium (Flanders), France, Germany, and The Netherlands.