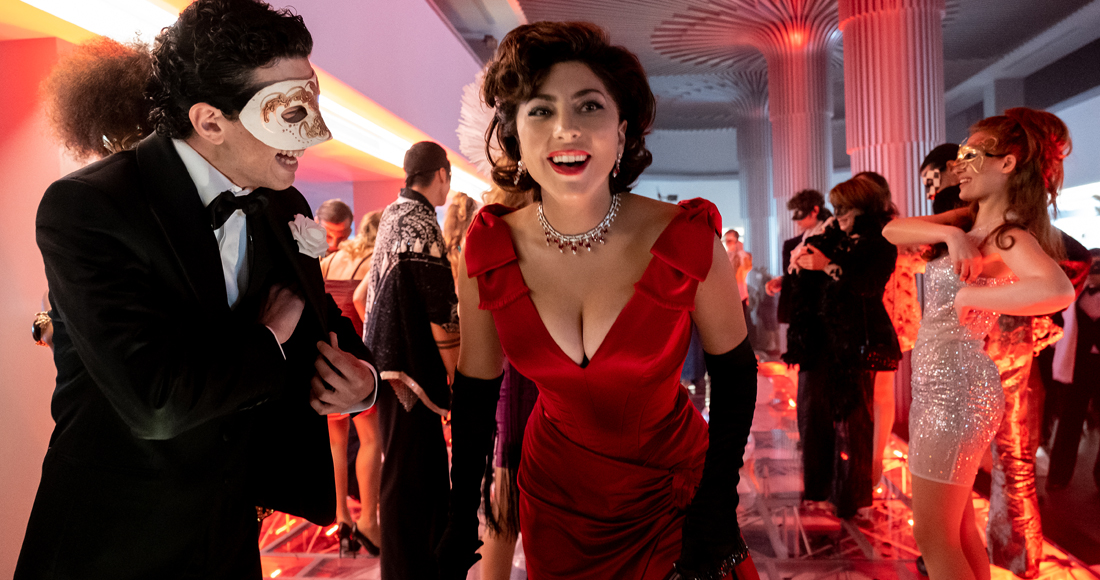 House of Gucci takes its place as the UK’s Number 1 film.

Soaring up five places based on digital downloads only, the Oscar-nominated, star-studded House of Gucci knocks Disney’s Encanto (2) off the Number 1 throne after just one week at the top – with House of Gucci finishing 9,000 sales ahead.

Meanwhile, The King’s Man climbs one to a new peak of Number 3, pushing Dune down to Number 4. Ghostbusters: Afterlife holds at Number 5, ahead of Top 10 long-stayers No Time To Die (6), Marvel’s Eternals (7) and Venom: Let There Be Carnage (8).

MORE: All of Lady Gaga's hit songs and albums in the UK

Two previous Top 10 hits zoom back into this week’s countdown; The Boss Baby : The Family Business jumps five to Number 9, and Fast & Furious 9 speeds back up to Number 10.

Elsewhere in the Top 20, King Richard (12) climbs to a new peak – the biopic about the early lives of Venus and Serena Williams and their coaching by their father Richard entered the Top 40 for the first time last week on digital downloads only.