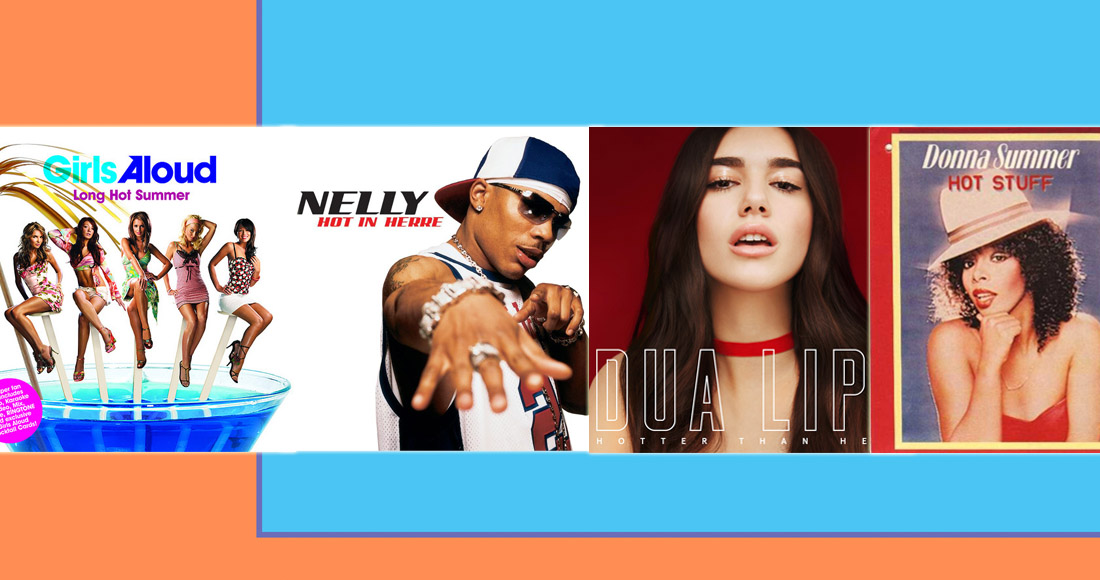 As temperatures in the UK soar, there's only one word most of us will be feeling: hot.

Over the years, pop has never shied away from getting us all hot under the collar - whether its a raunchy ballad or a sweaty, club-primed dance banger. But does a 'hot' song always translate to chart success?

Just 34 songs with 'hot' in their title have landed in the Official Singles Chart Top 40, two of which have reached Number 1. The most recent is DJ Fresh's super-charged drum n' bass jumpathon Hot Right Now, a chart-topper in 2012 that also marked the chart debut of Rita Ora. The other is the considerably softer Hot Love by T. Rex, the band's first Number 1 in 1971.

Other big 'hot' hits include Nelly's signature hit Hot In Herre, a Number 4 smash in 2002, while Romanian artist Inna scored a Number 6 hit in 2010 with her trance-meets-electro Europop banger Hot. True to her name, disco legend Donna Summer also claims a 'hot' hit among her most popular releases with Hot Stuff, which peaked at Number 11 in 1979.

More recently, 2019 saw two 'hot' songs become hits off the back of the #hotgirlsummer trend on social media. First was by Megan Thee Stallion and Nicki Minaj (40), followed by Hot Girl Bummber by US rapper Blackbear (14).

The highest charting 'hot' songs on the Official Singles Chart

Listen to this list of hot songs as a playlist on Spotify here.