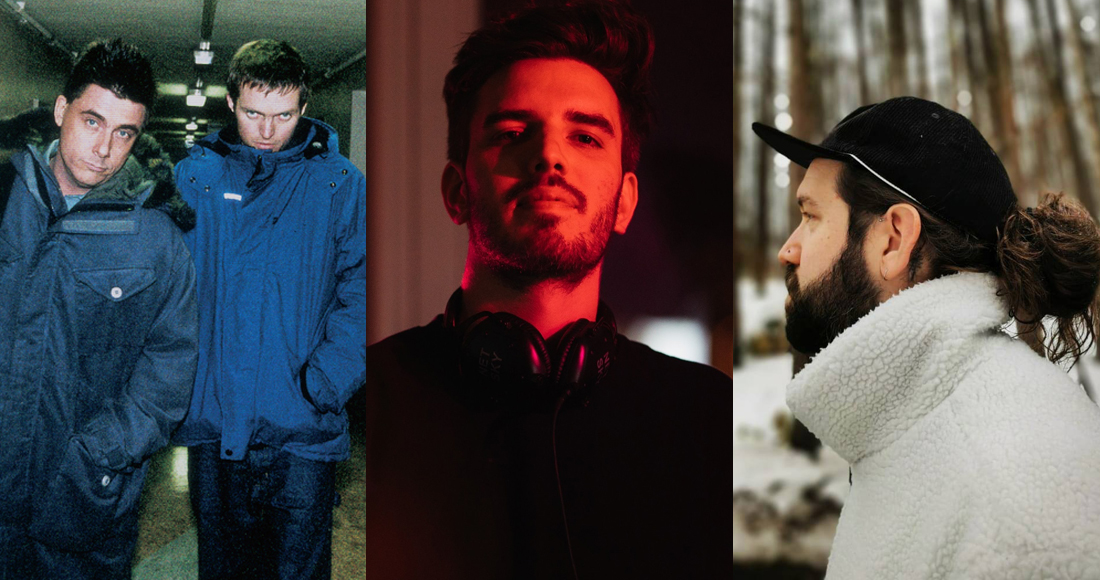 This week sees Hospital Records celebrate its 25th birthday with the release of H25PITAL, a compilation of 25 remixes that encompasses the label’s journey from underground drum and bass start-up to one of the world’s most esteemed imprints in dance music.

The label was founded by Chris Goss and Tony Coleman in 1996, the result of years working both individually and together in the underground dance world. Hospital Records was initially meant as a vehicle for their own music, but by the turn of the century they had acquired a roster of acts that were taking drum and bass into the mainstream in the UK and beyond.

“The UK's drum and bass scene has come such a long way in these past 25 years,” Chris tells OfficialCharts.com. “Most significantly, it's evolved from its roots in London and Bristol, to become a truly worldwide movement, with passionate and dedicated communities in places like New Zealand, Canada, South Africa and Czechia. This is reflected in writers, artists and performers from all 4 corners of the globe, and we as a team are proud to reflect that through our roster and catalogue.

To celebrate Hospital’s quarter century, OfficialCharts.com reveals below the label’s most popular releases, based on UK sales and streaming data.

Signed to Hospital in 2011, Lincoln-born producer Etherwood had an early taste of mainstream success with his first official release, a remix of Lana Del Rey’s Video Games with Jakwob. His second album, Blue Leaves, best showcases his immersive D&B sound; packed with booming synths, lush strings and addictive harmonies. It ranks as his best-performing release on the charts and Hospital's fifth-biggest artist album in the UK, topping out at 47 on the Official Albums Chart and reaching Number 3 on the Official Dance Albums Chart.

London Elektricity originally comprised of both Hospital founders until 2002, with Tony Coleman solely taking the reins ever since. Just One Second featured on 2009 Hospital compilation Sick Music, remixed by the late Apex, who died in 2017. The track was never given an official single release but over the years has developed a cult following - and is still held up today as one of the best D&B songs ever made.

Somerset-based Danny Byrd was one of Hospital's first signings, joining the label in 1999. By 2010 he had plunged the label into the spotlight with his singles Sweet Harmony and Ill Behaviour, both receiving huge airplay on Radio 1 and the latter becoming a Top 40 hit. Inspired by 90s rave culture, parent album Rave Digger - Hospital's third-biggest artist album in the UK - was fresh and undeniably fun, ultimately introducing a new generation to D&B.

London producer Metrik signed to Hospital in 2012 following growing underground success since 2007. We Got It was an immediate standout from his 2016 album LIFE/THRILLS, blending an uplifting score with a gritty bassline and the rich tones of Bristol singer-songwriter Rothwell. Aided by a popular remix from fellow Hospital artist S.P.Y, it ranks as the label’s most popular single, with over 8.5 million UK streams.

Belgium producer Netsky has been one of Hospital’s flagship acts since he joined the label in 2009. His 2010 self-titled debut caused a major stir in the D&B world upon its release, but it is his 2012 follow-up 2 that ranks as Hospital’s biggest UK album release. Landing at Number 29 on the Official Albums Chart, the record’s world-class production and radio-leaning hooks was accompanied by world tour that featured a full live band, leading him to collaborate with Underworld to write the music for the London 2012 Opening Ceremony of the Olympics.