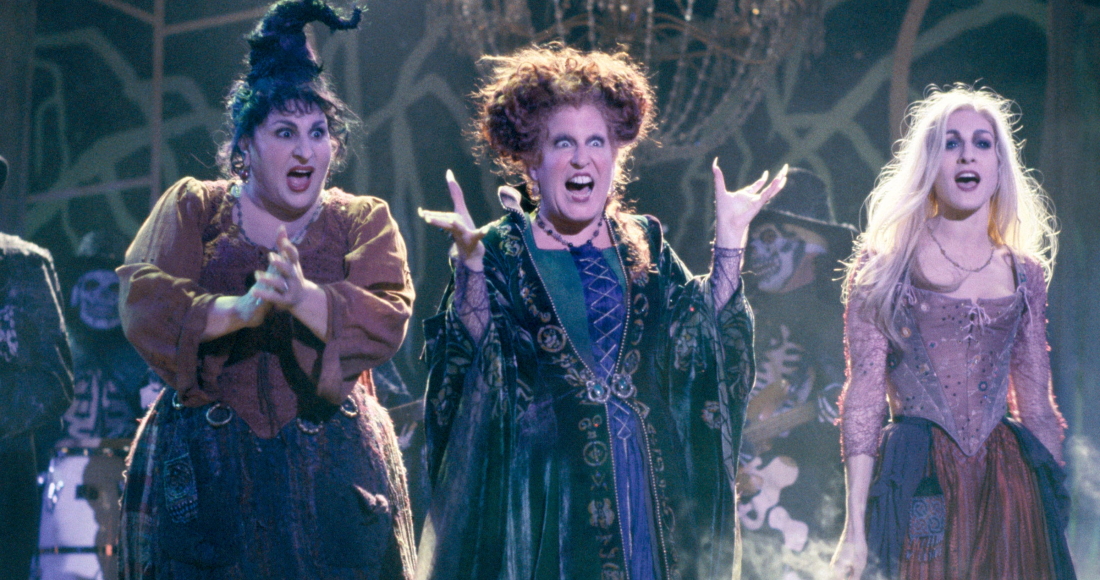 Hocus Pocus tops the Official Film Chart for the first time as it rises to Number 1 following the weekend’s Halloween festivities.

This week’s Official Film Chart takes a remarkably terrifying turn as spooky films flood the Top 20; with families and flat mates across the UK prevented from the usual parties and trick-or-treating due to lockdown measures, film fans took to their sofas for a ghostly movie night.

In total, 12 films in the Top 20 were spooky titles, varying from classic horrors including Scream and Halloween, to more family-friendly entries like Casper and Scoob!

Hocus Pocus flies up three to take its place at Number 1, just ahead of Tim Burton classic The Nightmare Before Christmas which also rises three to Number 2 – knocking both Onward (4) and Frozen 2 (5) down three places each from last week. Scoob! holds on at Number 3.

MORE: Back To The Future crowned the UK's favourite 80s movie

Ghostbusters (1984) enters the Official Film Chart for the first time this spooky season, landing at Number 6 just ahead of Casper at 7, which rockets 17 places. Thanks to a recent remake, the original 1990 film adaptation of Roald Dahl’s The Witches soars 20 places to Number 8, and The Invisible Man creeps up four to Number 9. IT: Chapter Two rounds things off at Number 10, floating up seven.

Finally this week’s Official Film Chart, features a sneak peek at 1955 Ealing Studios comedy caper The Ladykillers, which is being re-released on 4k to buy from November 9.