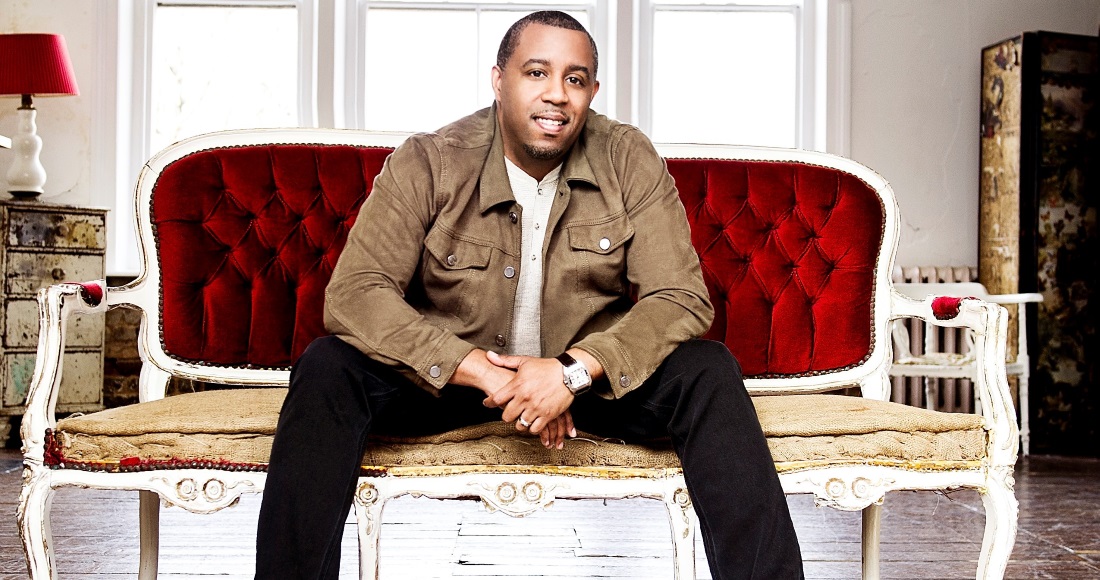 He may not be the most familiar name in pop, but we'll wager good money that you've heard, sung along to or hit the dancefloor to more than one of Wayne Hector's songs.

In his 25-year career, the songwriter has racked up an incredible discography of hits including tracks for everyone from Nicki Minaj (Starships), to Atomic Kitten, Olly Murs (Army Of Two) and The Pussycat Dolls (I Hate This Part).

Among them are a staggering 40 UK Number 1s, made up of 14 singles (his first was Peter Andre's Flava - amazing) and 25 albums; most recently including Jess Glynne's I Cry When I Laugh and One Direction's Made In The A.M.

But how exactly do you become a chart-topping songwriter? With pop music in "turmoil" - as he puts it - how do you stay afloat? And with One Direction (one of his most reliable clients) soon to take an extended break, what does the future hold? We sat down with him to find out...

Hi Wayne! First thing’s first: How do we become a professional hit songwriter like yourself?

I started off being an artist as part of a group, and while I enjoyed the performing aspect of it, I didn’t enjoy the attention of it. I guess I just didn’t crave the limelight. However, I did like writing the songs for the band. Once people heard those songs, [other] people started asking me to write songs for them, and it took off from there.

When do managers and agents get involved?

Everyone's journey is very different. For me, I had a manager early on, but they turned out not to be a particularly great person. Since then I met Jackie Davidson, who has basically been with me since the beginning. We share the same thoughts about music and just work really well together, which doesn’t always come so easily in this profession. It really was a case of everything just working itself out.

One of your first big hits was Peter Andre’s Mysterious Girl, and you wrote his Number 1 hit Flava. Obviously they’re not the coolest songs in the history of music, but you must still be proud of them and what they did for your career?

Flava was actually my first Number 1! I remember Mysterious Girl had massive sales but ended up staying at Number 2. If I’m honest, I tend not to think about the stuff I’ve worked on too much, but rather focus on what I’m doing next. I believe that if you spend too much time thinking about the past, you become one of those people who exclusively talks about the things you’ve already done in your life, and it becomes difficult to transition forwards.

The catalogue of songs you’ve worked on is extensive and brilliant, but are there any you regret?

Oh there’s definitely a few! The odd song will come on the radio and I’ll say, ‘Wow that’s not my best work is it?!’ Even when I do think that, I still think dear god it worked somehow, and I’m happy it did at the time.

Between writing for Peter Andre back then and penning hits for the likes of Jess Glynne and One Direction now, what’s been the biggest change in the music industry for songwriters?

From my side, the relationship between artists and writers has changed a lot. Some artists are great to work with and have no problem mentioning and crediting you, but I’ll write songs with some artists and you just don’t get that connect. It’s become more about what the artist is doing, which has pushed songwriters even further into the background.

Despite the fact they’re not. There’s upsides and downsides to it, though. If the artist really knows what they want to do, then that can be incredibly helpful when writing for them because they have knowledge of self and what they want to achieve. But then you’ll get artists who come in, have no idea what they want to say but are very quick to tell you what they wouldn’t say and what they don’t like, and then it just becomes one big obstacle course.

In terms of the music itself, what are record labels and artists looking for at the moment?

The real difference across the entire industry is that in the ‘60s, ‘70s and ‘80s, labels signed artists based on the fact they were different. Nowadays you tend to see labels signing a lot of acts – not always obviously – that sound the same as someone else. They’re often searching for a safe, secure bet. I love what Sam Smith’s label [Capitol] does, which is pick people for being a real individual talent.

There must be a lot of politics involved behind the scenes; how much do you have to deal with that these days?

One of the big blessings from the success I’ve had is that don’t have to deal with that side of things too much. Most of the time people will listen to the song and give me a straight answer, yes or no. That’s what I care about most. I don’t mind if people don’t like the song, but it’s nice to have an honest yes or no. I think people know that’s how I work now.

Are there too many popstars these days?

Maybe that’s what it is. Social media means there’s much bigger pool of stuff. But if there’s that much input, surely finding stuff that’s really different should be easier, because more people are putting themselves out there? I don’t know.

Is there a song/album/project that you’re especially proud to have worked on?

There are so many little bits here and there, like Jess Glynne for example. I heard her voice on the Clean Bandit record [Rather Be] and really wanted to work with her. I believe tone is king. Every single major artist I can think of, the one thing they have in common is that you can recognise them within the first three seconds. From George Michael, to Madonna, Stevie Wonder… it’s the one thing that runs through all of them. I felt that with Jess, so I thought I must work with her.

Another big moment for me was when Flying Without Wings came out. I’d had a few Number 1s at that point, but that convinced people I could write good pop songs. After that, I started working with bigger acts and over a more diverse range of genres, including country and rock, which helped me pick up some credibility.

When you're not working what music do you choose to listen to, if any?

Obviously a bit of everything, but my passion is British rock music. I love Oasis, Stereophonics, Blur… I’m all over the place when it comes to music taste. The best thing about growing up in England is that our radio is always eclectic, whereas lots of countries have separate rock, pop, country radio stations. I think the sound that comes out of this country is because we’re like that.

What exciting projects are you working on at the moment?

Over the last couple of weeks I worked on a writing camp for Atlantic, and I’ve been writing with Birdy, who is such an immense talent. We’ve recently finished a couple of songs that we’re really excited about. I’ve also been working with Paloma [Faith] over the last few weeks. I love her so much – she just says what she thinks!

I’ve also been working with (Xenomania/Girls Aloud hitmaker) Brian Higgins recently, which has been great fun because he has such a different way of working. With him, he takes a more freedom of thought approach. He plays you something and then you scattergun ideas and then go back in the studio and figure out how it all fits together.

What are writing camps and how exactly do they work?

They’re strange things but a lot of fun. Usually you’re in a room of songwriters, and you’re given six hours to come up with a smash hit single. For six hours we all stress out and then we get drunk after and usually end up forgetting everything we came up with!

You’ve worked a lot with One Direction, who are taking an extended break next year, and you write songs for The X Factor, whose future is uncertain at the moment. Are you panicking?

Honestly, it’s not something I’ve given much thought. My job is to write a good song and find a vehicle for it. It’s the same with the groups – the thing about boybands and girl groups is that they’re rarely around for long. One Direction are still really young, and for the last six years they’ve done literally nothing but work. They’ve well and truly earned a break!

What are you making of this year’s X Factor contestants? Are there any you see yourself working with?

I think there are some really interesting characters this year. I’m liking Che, and Reggie & Bollie are really good fun – I can totally see the sort of music they would release.

Where do you think pop music is heading next?

It’s so hard to say. We’re in a period of real turmoil at the moment and no-one is really sure how it’s going to go. Streaming is obviously the way things are going, and really, everyone needs to get on board with it. Unless you’re an artist like Adele, who’s withheld her album from them for a while. I think that sort of approach a good idea, because they’re not paying the artists any real money. That has a knock on effect for songwriters too, as they see less and less return for their work. Honestly, I think it’s going to be very difficult for songwriters in the future.

Click through every act to receive the Official Charts Number 1 Award below: