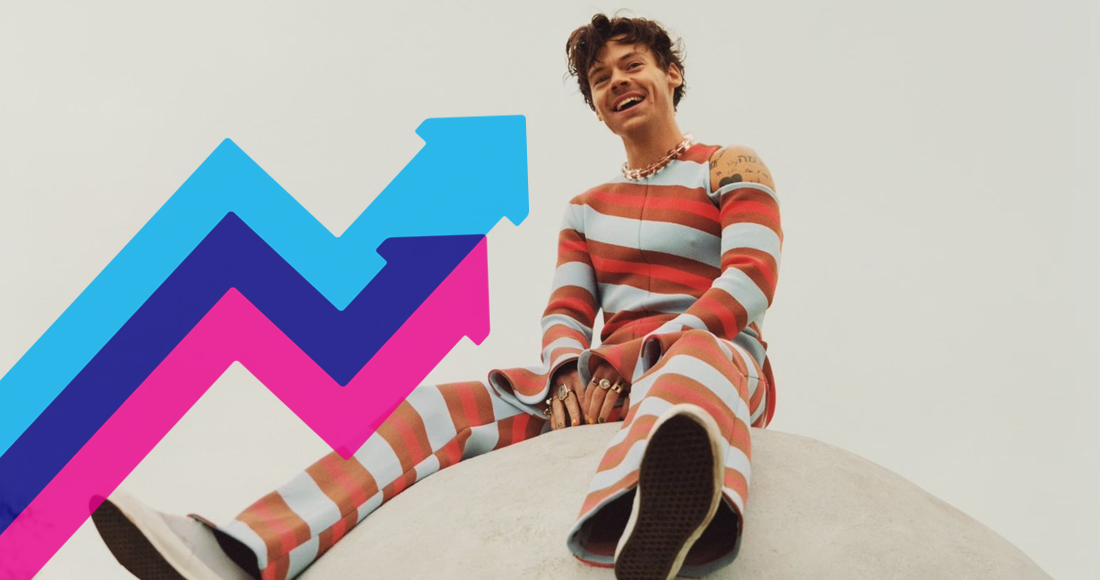 Harry Styles dances straight in at Number 1 on the Official Trending Chart with brand new single As It Was.

The beachy indie-pop track - which is currently eyeing a Number 1 debut on the Official Singles Chart - is the first of several new tracks on this week's Trending Top 20. Midweek, As It Was has clocked up over 4 million audio and video streams in the UK alone; Harry Styles is well and truly back.

Meanwhile, American rapper and singer Lil Tjay makes a strong entrance on the Trending Chart with In My Head, which features a sample of Iyaz's 2010 Number 1 hit Replay. In My Head is currently on course for a Top 20 debut in the UK, and would mark Lil Tjay's fourth Top 40 hit.

Shawn Mendes makes an appearance this week as he zooms towards a Top 40 debut with wistful but upbeat new song When You're Gone, his first new music of 2022, while drill rapper Digga D also enjoys a place in the Trending Chart with What You Reckon, a cross-Atlantic link-up with New York's B Lovee.

Several tracks are also on the rise, including the emotional Birthday Cake by singer Dylan Conrique, which is up ten places midweek and now sits on the cusp of the Top 40, and Diplo & Miguel's Don't Forget My Love which is up 20 places so far.