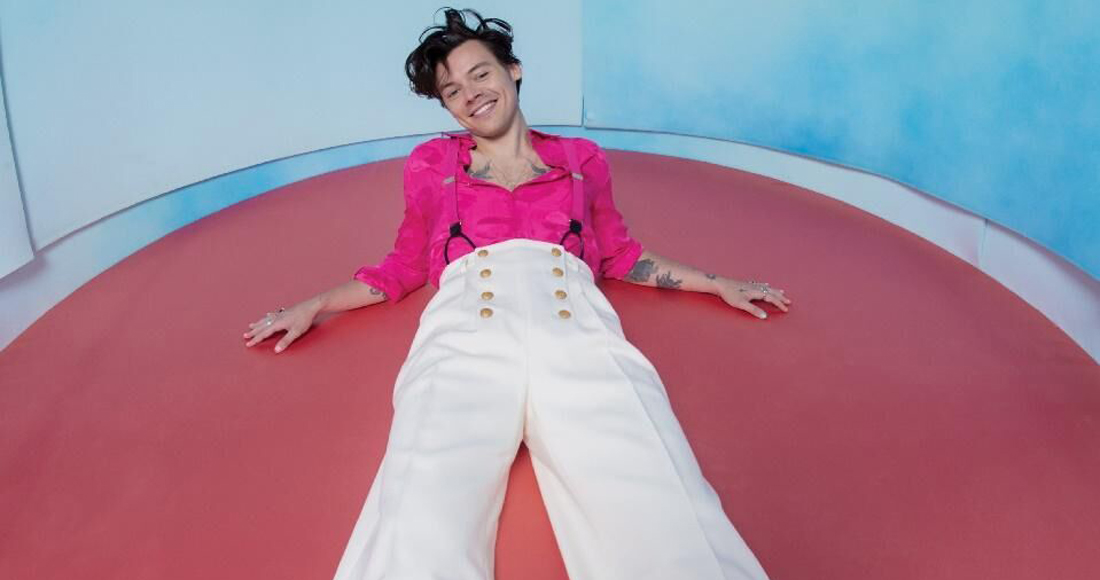 Harry Styles has teased the release of brand new music.

With his 2019 sophomore record Fine Line still going strong as one of the biggest albums of the year so far, anticipation for a follow-up is high, and if Harry's hints are anything to go by, new music, from dare we say, a third album could be on its way sooner rather than later.

The former One Direction star took to Twitter to announce rescheduled US shows for September but was unable to provide an update on his postponed UK shows. But to avoid being a barer of solely bad news, Harry did tease imminent new material.

"I will be sharing more news soon about shows across the globe and new music," Harry wrote.

Entering the Official Albums Chart at Number 3 on release in December 2019, Fine Line has enjoyed huge success, spending 57 weeks in the Top 10 before going onto hit a new peak of Number 2 in January 2021. Fine Line contains the Top 10 singles Lights Up (3), Watermelon Sugar (4) and Adore You (7) and was the UK's second-most popular album in 2020.

Watermelon Sugar, which was Harry's first solo Number 1 in the US, was also recognised as one of the Top 10 biggest songs of 2020 on the Official Charts. Watermelon Sugar is also the bestselling vinyl single so far in 2021.