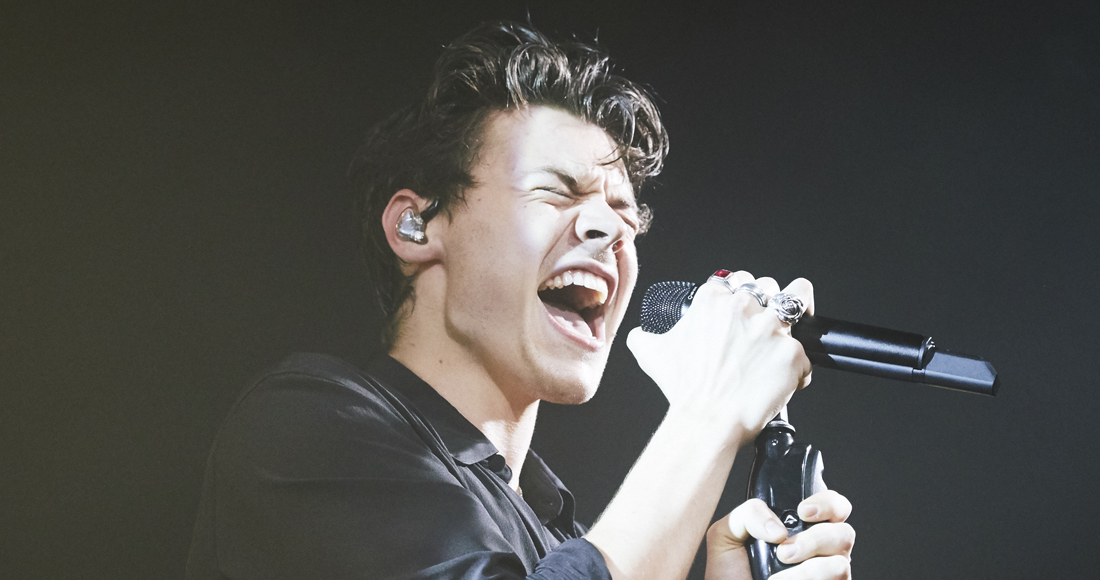 Congratulations to Harry Styles, whose debut album lands straight in at Number 1 on this week’s Official Albums Chart.

The self-titled collection shifted just shy of 57,000 across physical, download and streaming equivalent sales to claim the top spot.

The record also tops this week’s Official Vinyl Albums Chart, with just over 3,000 copies on the format sold.

Harry becomes the second One Direction member to land at Number 1 solo album, following Zayn’s Mind Of Mine in April 2016.

Harry Styles’ album includes lead single Sign Of The Times, which debuted at Number 1 on the Official Singles Chart last month. The song rebounds to 6 this week, while another eight of the record’s ten songs land inside the Top 100.

Finishing behind Harry this week is Ed Sheeran’s ÷, which holds at 2, and Rag’n’Bone Man’s Human is at 3.

Irish singer-songwriter Imelda May re-enters the Top 10 following her appearance on The Graham Norton Show, up five spots to 10, while a 10th anniversary reissue of Manic Street Preachers’ Send Away The Tigers enters at 21.

British rockers Inglorious claim their first UK Top 40 album with II (22), US country music group Zac Brown Band are bag their highest charting album in the UK with Welcome Home (25), and the London cast recording of Dreamgirls bows at 40.