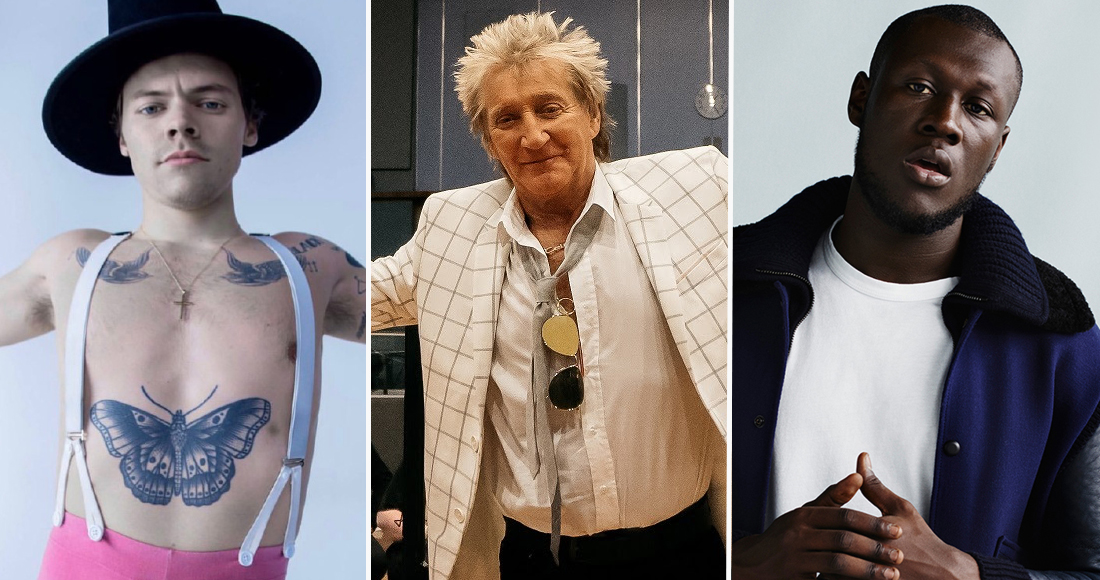 It’s going to be a nail-biting race for the UK’s Official Christmas Number 1 album this week, as three albums separated by just 2,200 chart sales are neck-and-neck for the festive top spot, the Official Charts Company can confirm.

Leading today’s Official Albums Chart Update is Harry Styles with Fine Line. Harry’s second studio album is performing strongly on all formats and was the best-selling vinyl LP and digital download across the weekend. Fine Line is the follow-up to Harry’s self-titled debut which peaked at Number 1 in May 2017.

There’s a fine line however between the Top 2 albums today, with just 60 combined sales in it. Following his climb to Number 1 last week, Rod Stewart is in the running to scoop the Xmas top spot too. Produced by Trevor Horn, You’re In My Heart is the biggest-selling CD so far this week at Number 2.

The most streamed album across the weekend, Stormzy’s Heavy Is The Head is new at Number 3 at the midweek stage. The Glastonbury headliner’s second album follows his chart-topping debut Gang Signs & Prayer, released in February 2017.

Robbie Williams’ yuletide collection The Christmas Present is at Number 4, and following their performance on The Graham Norton Show, Coldplay are at Number 5 with Everyday Life.

The only other new entry in this week’s sales flash belongs to Gary Numan. Live album When The Sky Came Down with the Skaparis Orchestra could net him a 16th Top 40 album at Number 22.

Currently up a whopping 23 places from last week, Andrea Bocelli’s Si Forever could be in plenty of stockings this Christmas, rising to Number 34. Finally, following her performance on the Strictly Come Dancing final, Taylor Swift’s Number 1 album Lover is set for a Top 40 return at Number 38.