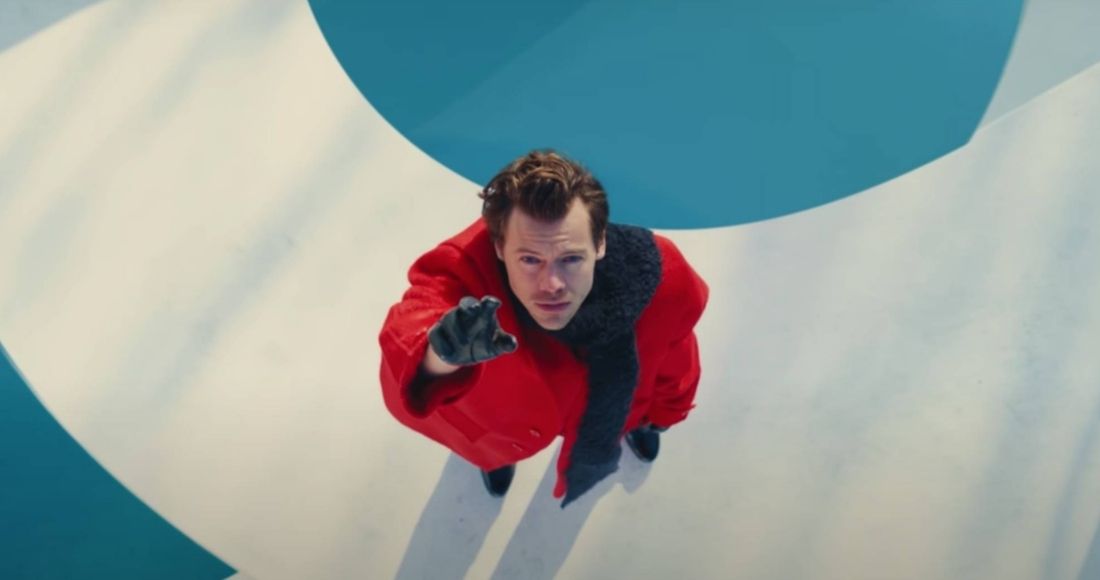 Today, Harry Styles marks a mammoth nine weeks at Number 1 in the UK with As It Was. It becomes the longest-running UK Number 1 since Ed Sheeran’s 11-week long reign at Number 1 with Bad Habits last year.

In its ninth consecutive week at Number 1, As It Was racks up over 65,000 chart sales and is still the most-streamed song in the country, with over 7.4 million streams to its name. See Harry’s Official Charts history in full here.

Cat Burns could offer up a challenge to Harry, however, as her breakout hit Go ascends to a new peak (2) and not far behind is Lizzo, whose About Damn Time rises two spots to a new high (3), becoming Lizzo’s highest-peaking single in the UK.

Tion Wayne & La Roux continue to hit new heights with IFTK (7), while Kate Bush’s Running Up That Hill returns to the UK Top 10 for the first time since 2012 (8 – more on this story below) and Ed Sheeran’s 2step enters the upper echelons of the chart for the first time (9).

MORE: Kate Bush re-enters Top 10 for first time in a decade thanks to Stranger Things

Lady Gaga’s Hold My Hand enters the UK Top 40 for the first time (24) following the release of Top Gun: Maverick, while Tom Grennan’s Remind Me hops up three (30) and our final new entry of the week comes courtesy of Kanye West and the late XXXTentacion on True Love (31).