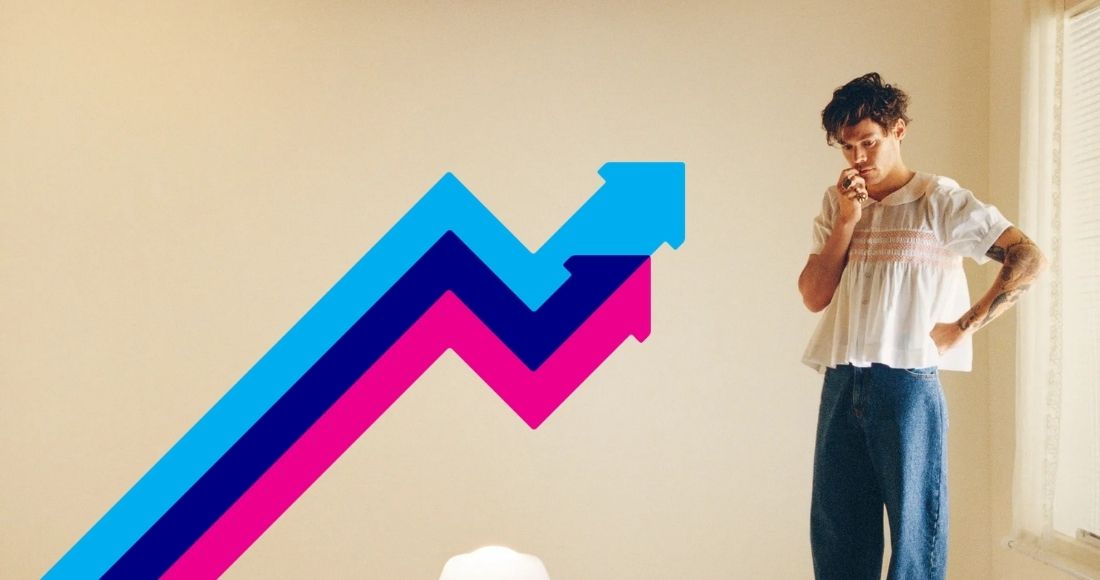 Harry Styles has the Number 1 Trending Song in the UK right now, as Late Night Talking debuts atop the Official Trending Chart.

Ahead of third solo album Harry's House's imminent impact on the Official Charts this Friday, Late Night Talking leads the charge of album tracks landing on the Trending Chart - opening track Music For A Sushi Restaurant is also not far behind.

Interestingly enough, Late Night Talking and Music For A Sushi Restaurant could also join the UK's current reigning Number 1 single As It Was as making up the entire Top 3 of the Official Singles Chart this week, if our Official Chart First Look is anything to go by.

There are further new entries this week from N-Dubz's comeback banger Charmer, which is heavy on the late-00s nostalgia, Aitch's Stone Roses-sampling 1989 taken from his upcoming debut album, as well as Sigala's new track Stay The Night with vocalist Talia Mar.

Elsewhere, we also have four climbers on the Trending Chart this week. Nathan Dawe and Ella Henderson could ascend to a new peak on the Official Singles Chart this week with 21 Reasons - and you can read more about how the track came about in our interview with Nathan here.

Plus Lady Gaga's Hold My Hand recieves an impressive uplift in anticipation of Top Gun: Maverick's UK cinematic debut on May 27, plus both Tom Grennan's Remind Me and Bru-C's No Excuses could hit new peaks this week on their journey towards the upper echelons of the chart.