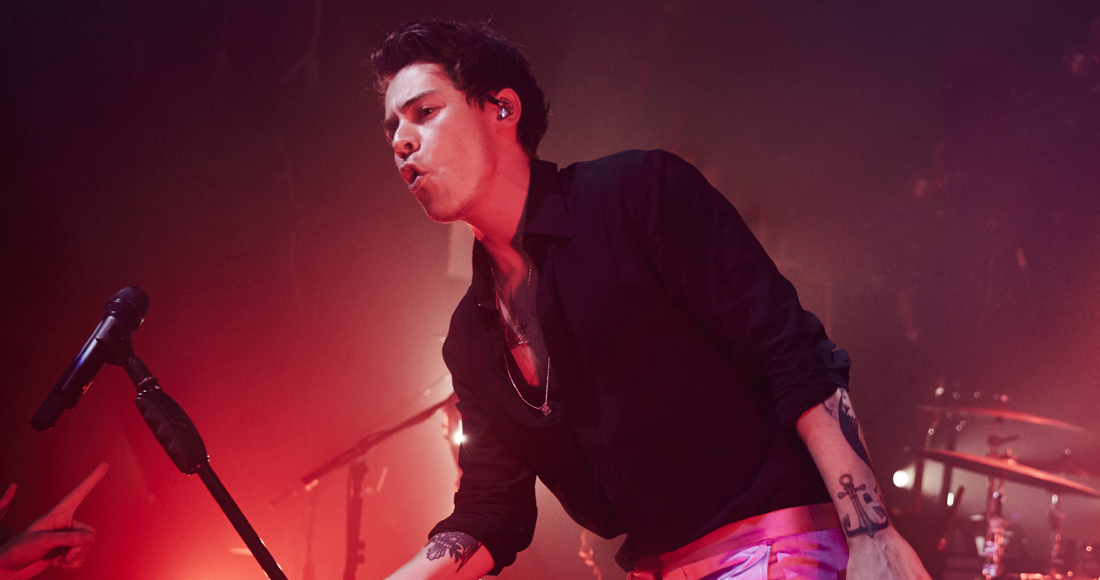 Harry Styles is on course to secure the top spot on this week’s Official Albums Chart with his debut record.

The self-titled collection has taken an early lead on today’s Official Chart Update, currently 24,000 equivalent sales ahead of his closest competitor, Ed Sheeran’s ÷ (2).

The news comes after Harry played his first solo show over the weekend at The Garage in London, where he performed the entire record plus a cover of Kanye West’s Ultra Lightbeam.

MORE: Comparing how One Direction's solo efforts have performed

Two more new albums could potentially land inside the Top 5 this Friday: Paramore’s fifth collection After Laughter is at 3, and Paul Weller’s 13th solo album A Kind Revolution starts at 4.

Also on course for the Top 10 is British rapper J Hus; his debut album Common Sense is currently at 6. Imelda May’s Life Love Flesh Blood rebounds from 15 to 8 following her appearance on the Graham Norton Show, and a special 10th anniversary edition of Manic Street Preachers’ Send Away The Tigers is at 9.

US country music group Zac Brown Band are poised to claim their highest charting album in the UK with Welcome Home (12), British rockers Inglorious could claim their first UK Top 40 album with II (13), and the London cast recording of Dreamgirls is new at 20.

INTERVIEW: Imelda May on her new sound, new look and new attitude

Further down, Machine Gun Kelly’s third album Bloom (29), Justin Currie’s This Is My  Kingdom Now (30), Seether’s Poison The Parish (31) and New Kids On The Block’s Thankful (32) could all earn a place in this Friday’s Official Albums Chart Top 40.

Check out the Top 100 Official Singles Chart Update in full