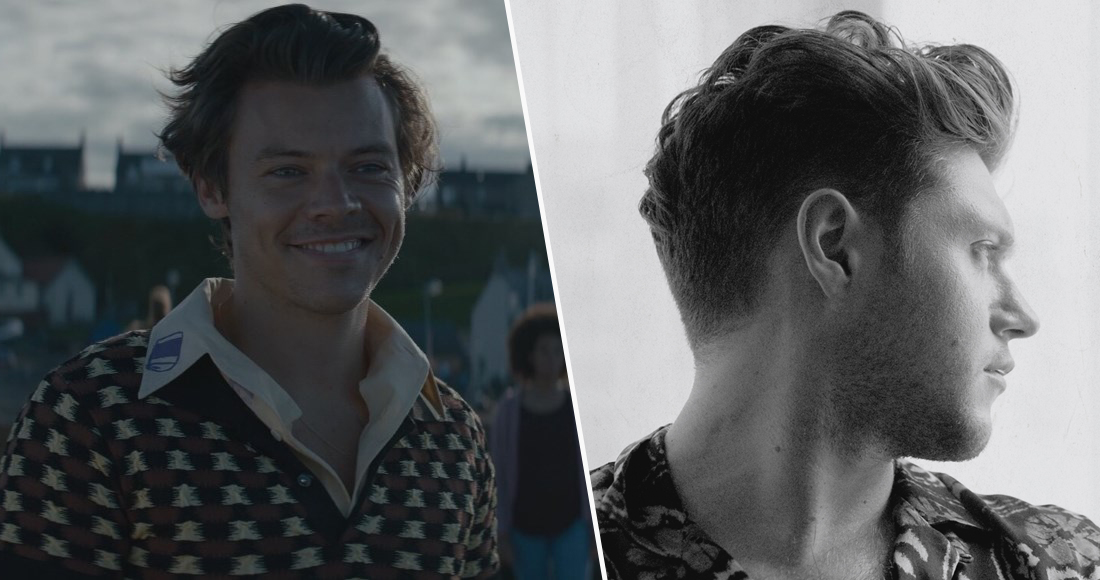 Harry Styles and Niall Horan are on course for this week's highest new entries on the Official Irish Singles Chart.

The One Direction bandmates released new material last Friday (December 6), with both tracks expected to impact the Top 30 of Ireland's weekly chart rundown.

Harry Styles is charging towards the overall highest entry, and is on the cusp of his third Top 10 single with Adore You. Based on today's midweek sales flash, the third single from Harry's upcoming album Fine Line could debut at Number 6. Harry has previously charted in the Top 10 twice with 2017's Sign of the Times (6) and 2019's Lights Up (4), his highest charting single to date.

Meanwhile, Niall has a seventh Top 50 entry in his sights with Put A Little Love On Me, currently at Number 23. The song sees Niall reunite with producer Greg Kurstin, who he worked with on with previous hits This Town and Too Much To Ask.

In the race for Number 1, it's close between Lewis Capaldi's Before You Go and Dua Lipa's Don't Start Now, with Lewis at Number 1 at the halfway point of the week.

Elsewhere, Camila Cabello is set for another Top 50 entry with My Oh My ft. DaBaby at Number 28, a track from her new album Romance, and Taylor Swift's brand-new festive single Christmas Free Farm has so far sprouted to Number 38.

This week's final chart placings will be revealed at 3pm on Friday along with the full Top 50 Official Irish Singles and Albums Charts on OfficialCharts.com/Ireland. Listen to the chart every Friday on RTÉ 2FM with Bláthnaid Treacy at 8pm.