No matter if you're looking for some last-minute outfit inspiration, or are just curious how the spookiest time of the year has influenced some of your favourite pop stars, Halloween has always been fertile ground for music videos.

We've collected some of the most iconic pop music videos that we feel encapsulate what Halloween is all about; having fun, but giving yourself a good old scare at the same time.

MORE: The numbers behind the biggest Halloween-themed songs revealed 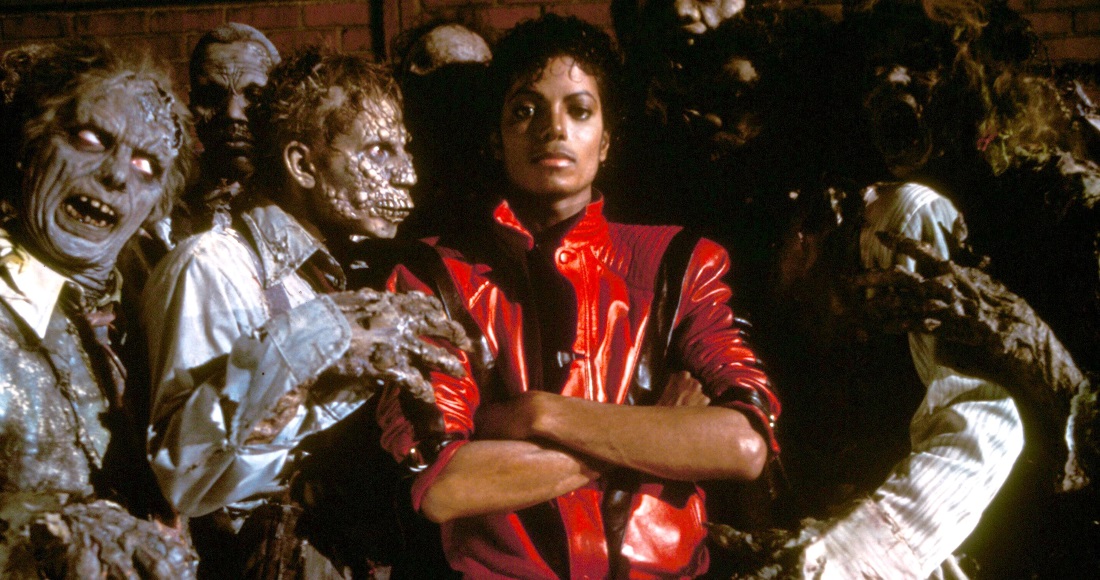 One of the most iconic pop visuals of all time, Michael Jackson's Thriller helped turn the music video into an art form. With total commitment from its star,  a handful of instantly iconic parts (the red jacket, Vincent Price's voiceover, the dance moves) and assured direction from horror veteran John Landis (An American Werewolf In London), Thriller remains a stone-cold Halloween classic. Rihanna did warn us she was a Good Girl Gone Bad on her third album, but it turns out "bad" meant "demonic" for Disturbia, a single off her 2008 re-package record. And the song's video is basically American Horror Story: Rihanna, with visions of fire, spiders and torture chambers. Containing one of pop's most on-the-nose lyrics ("it's very Scooby-Doo") considering that the track itself was included in the soundtrack of the live-action Scooby-Doo film in 2002. allSTARS' second single, Things Go Bump In The Night was released as a double A-side single with Duran Duran cover Is There Something I Should Know? and reached Number 12 on the Official Singles Chart, their second UK Top 40 hit.

The Weeknd - In Your Eyes The follow-up single to The Weeknd's chart-topping Number 1 Blinding Lights, In Your Eyes leans closer into the disco-aesthetic, while its music video is a delightfully blood-soaked subversion of expectations, inspired by slasher films like Friday the 13th and Texas Chainsaw Massacre.

Backstreet Boys - Everybody (Backstreet's Back) Perhaps modern pop's most widely referenced Halloween anthem, Everybody (Backstreet's Back) had a camp, spooky video directed by Joseph Kahn (Britney's Toxic, Taylor Swift's Bad Blood) which sees each member of the boyband dress up as a different monster. It's the only time you'll see the concept of "Dr Jekyll and Mr Hyde...but sexy."

MORE: Official Chart Flashback 1999 - I Want It That Way A late modern-day entry from Ava Max, Sweet But Psycho leans in extravagantly to the outdated version of the crazy ex-girlfriend. Its music video is no exception, with Ava and her many-coloured wigs playing woman plotting revenge on her cheating beau. Revenge is a dish best served with a breakout commercially successful single, as the old proverb says. The debut single from British pop chameleon Natalia Kills in 2010 was an ominous state of affairs. In a single that riffs on Eurythmic's Swee Dreams and conjures visions of a love that's intense and obsessive, the music video takes inspiration from the twisted mind of David Lynch. With axes, skulls, and dark parallel dimensions, Kills turns Mirrors into a twisted tale of sex, love, control...and vanity.