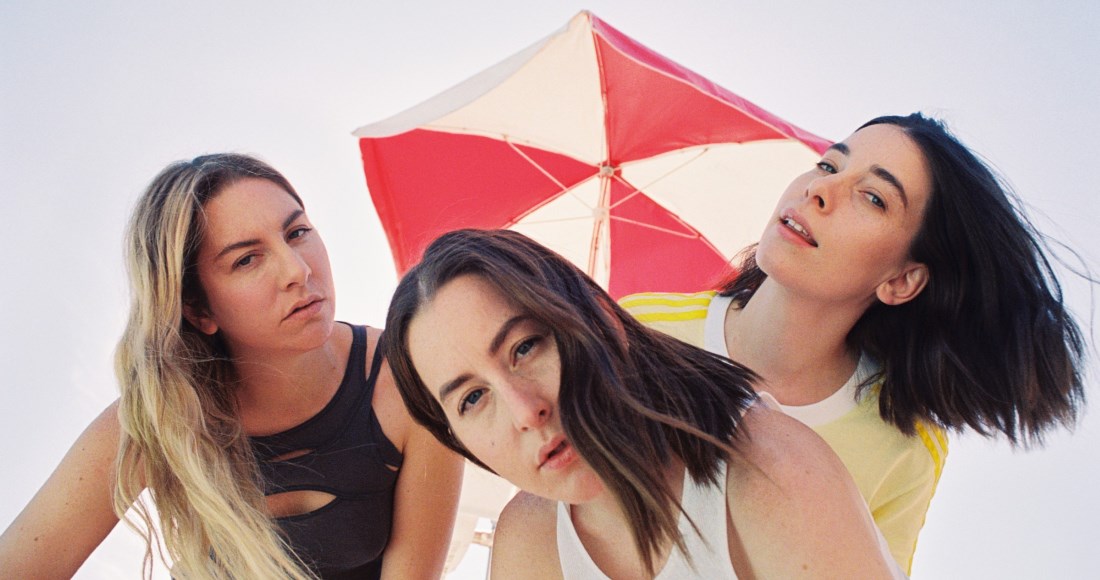 The Los Angeles sister trio are Number 1 at the midweek stage, ahead by nearly 5,000 chart sales. Women in Music Pt. III is the bestselling album on vinyl so far this week.

Haim’s previous albums have both gone Top 3 in the UK. Their debut album Days Are Gone debuted at Number 1 in October 2013 while follow-up Something To Tell You topped out at Number 2 in July 2017. See all of Haim’s hits and where they charted in the UK.

Bob Dylan is in contention for a second week at the top of the charts with Rough and Rowdy Ways, currently at Number 2 with the most CD sales since Friday. Jessie Ware is right behind at Number 3 with her fourth studio album What’s Your Pleasure?, the most downloaded album over the weekend. Jessie is on track for her fourth consecutive Top 10 entry and highest-charting album ever.

American psychedelica trio Khruangbin are on track for their first UK Top 40 album with third collection Mordechai at Number 4, while Wigan indie newcomers The Lathums are at Number 5 with their EP The Memories We Make, released on vinyl this past Friday.

Tyneside singer-songwriter Nadine Shah could collect her first Top 10 album this week with her fourth collection Kitchen Sink, which is Number 9 at the halfway mark. Nadine will discuss the album on our new Facebook Live series The Record Club this Wednesday.

Post-grunge group Grey Daze could score their first UK charting album this week. Grey Daze’s lead vocalist was the late Chester Bennington, also the singer for Linkin Park. Amends – currently at Number 17 – is a compilation album made up of re-recorded versions of songs from the band’s first two albums released in the 1990s.

London rockers Mystery Jets are on the cusp of a fourth Top 40 album with A Billion Heartbeats (19), and finally, the 1996 debut album The Sun Is Often Out by Sheffield alt-rock group Longpigs could return to the Top 40 after a reissue (26).