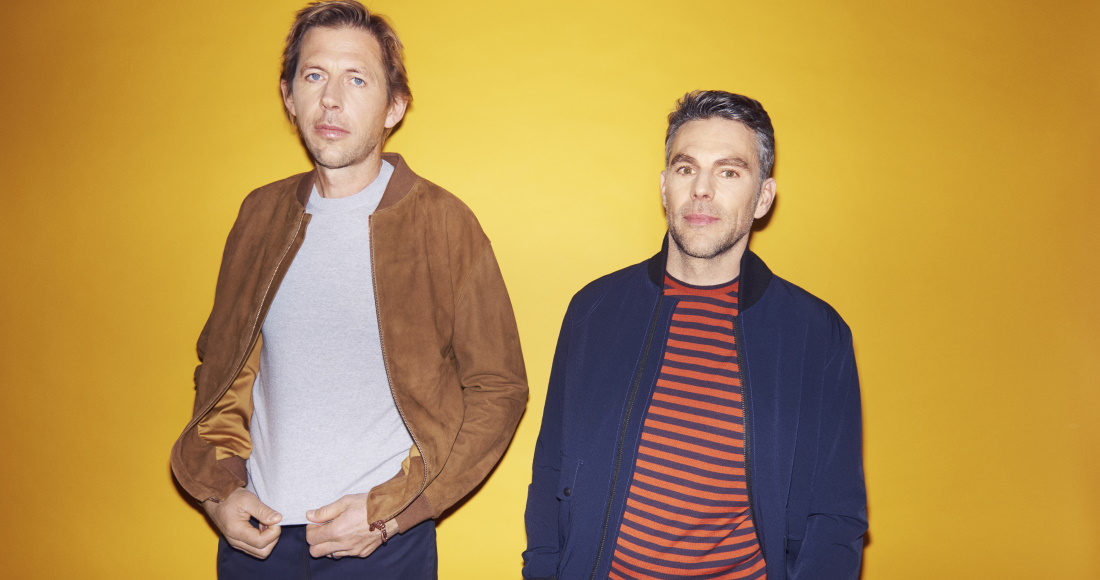 Groove Armada will be the next guests on The Record Club, joining us to talk all about their new album Edge of the Horizon.

Edge of the Horizon is the duo's first studio album in ten years, since 2010's Black Light and White Light, the former of which landed at Number 26 on the Official Albums Chart.

Speaking about the making of ‘Edge Of The Horizon’, Groove Armada’s Andy Cato recalled: “During those studio days, the rest of the world shuts down. There’s an intensity, anyone looking in might say madness, that kicks in when we’re totally lost amongst the instruments, synths and records day and night.

But that shared, unspoken feeling that comes when we both know we’ve got it right cuts through as clear as ever"

Set your reminder below.

Catch up on previous episodes of The Record Club here, including Laura Marling, Phoebe Bridgers and All Time Low.