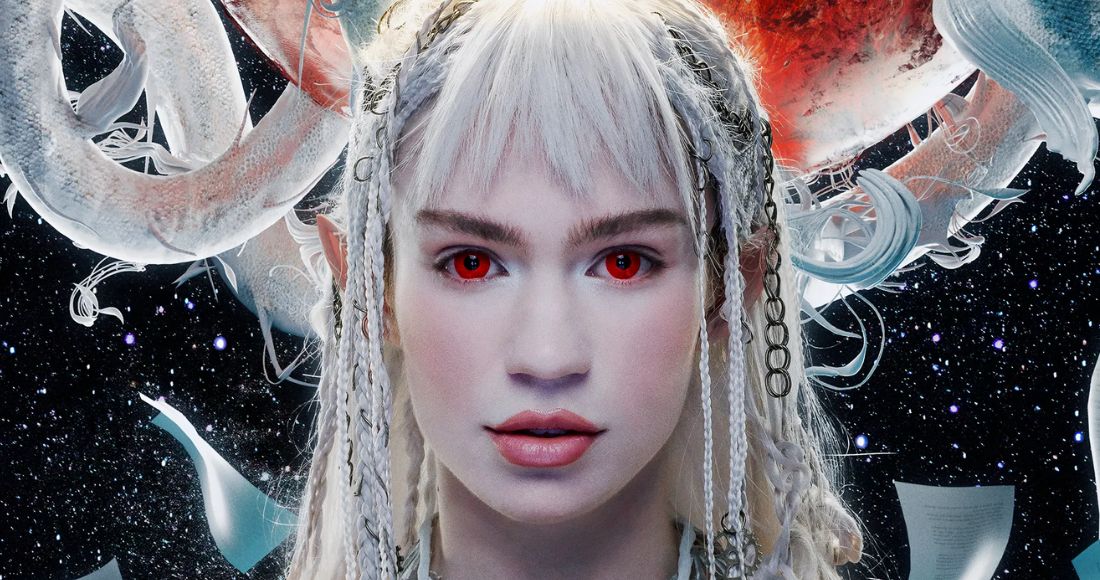 Grimes has revealed that her new album, Book 1, is 'done,' and teased a forthcoming single written with the Weeknd.

Known to many as one of the savants of Tumblr-era lo-fi alt-pop, Claire Boucher's fifth album is set to be her most ambitious yet; given that it's a complicated, sci-fi influenced concept record (apparently about a courtesan of lesbian AI robots, or something) co-produced by Illangelo (The Weeknd, MIA, Drake).

Book 1 has already been preceded by two singles; the more electronic-pop facing Player of Games and massive EDM banger Shinigami Eyes, but Grimes revealed on Twitter last night that the rollout of the record was paused over the summer due to ill health.

"Album is done," she replied to one fan who asked on an update. "Waiting on approvals for next single and mixing."

But one song that's so far evaded fans as been Grimes' long-touted collaboration with The Weeknd, Sci-Fi, which has been teased in several cover stories and has been called the biggest pop song Claire Boucher has ever put her name to.

Responding to another query about the status of the track (and if it is indeed her next single), Grimes said Sci-Fi's release "depends on Abel [The Weeknd] and [record label] Columbia.

"I had a rly intense medical situation in the spring so I am relishing the delay tbh. The delay is kinda convenient cuz I’m just getting back to health." [sic]

It seems we won't have long to wait for new Grimes music, however, as something is apparently dropping September 30. Fingers crossed!

Across one of the most singular and interesting careers in pop music, Grimes has slowly but steadily been making her way into the mainstream culture for the past half a decade. In 2020, her fourth album Miss Anthropocene became her first UK Top 10 album. You can discover Grimes' full Official Charts history here.