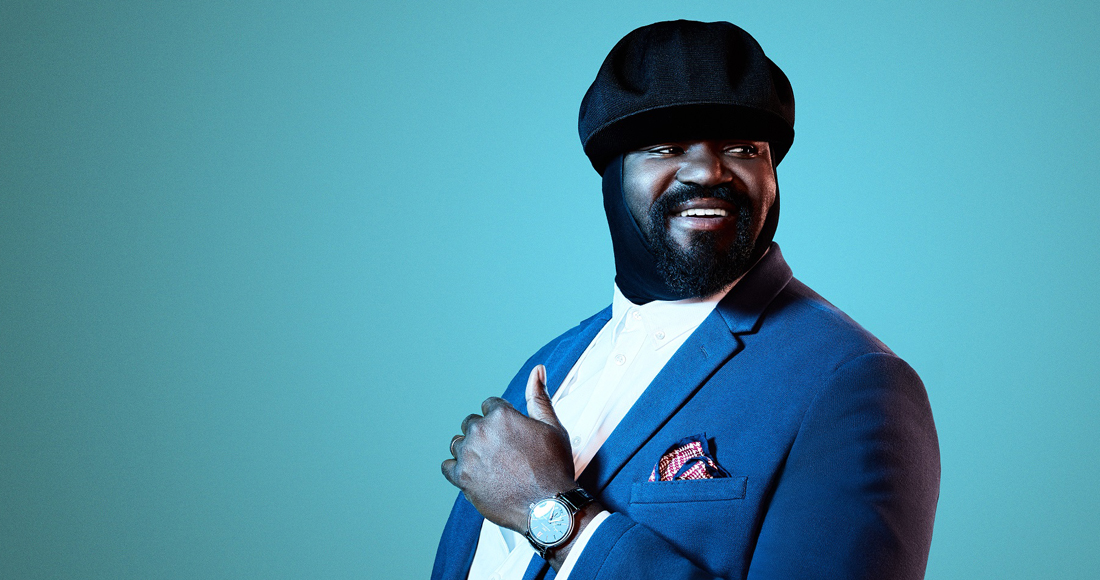 Taking on the work of a musical legend is no mean feat, especially when the figure in question is a trailblazer of that particular genre.

For jazz singer-songwriter Gregory Porter, recording a tribute album to the late Nat King Cole couldn't feel more fitting - the 45-year-old owes much of his vocal and lyrical style to Cole's pioneering work.

And while purists may claim there is little in the way of jazz in this new, 70-piece orchestra-backed album, for most jazz singers an orchestral album was considered the crowning glory.

You’ve said you Nat King Cole’s music was a big part of your childhood. What was it about his music that drew you to him and that you loved so much?

"The emotion of the songs and the timbre of his voice. Also the messages that were in the songs. I was listening to Nat as a child, without my father around, these songs they hit me, Pick Yourself Up, Smile, Nature Boy.

"They had, in a way, a fatherly advice type of vibe to them for me at that time. The songs coming out of the old console stereo and this big rich voice coming out those speakers."

It sounds like a lot of work went into this album – both from yourself and the 70-piece orchestra. How long did the project take and what were the main obstacles?

"The idea is 25 years old but in this form, it’s a year and serious planning. Arrangements took 4 – 6 months, [arranger] Vince Mendoza had been working on the arrangements for quite a while. The challenges lie in choosing songs that you want to sing to maximise the power of the orchestra as well as satisfying what it is I want to say with the record.

"Song choices were the most difficult because Nat King Cole has such a huge discography that we really had to narrow it down and choose. Another challenge was containing my emotions, literally this was just a dream come true, it felt so good.

"You know maybe the challenge of responsibility in a way, Nat, James Brown, Marvin Gaye, Luther Vandross, there’s a list of people who’s songs in a way you should steer clear of you know, you don’t mess with perfection! For me this is not imitation, it's a tribute to Nat.

"Inevitably when you do a tribute album somebody for one reason or another will make comparisons, 'Oh he’s no Nat King Cole', but I’m making a tribute and I’m honoured to sing the songs of one of my heroes, so the challenge is really getting over the internal critic in your head, and really just deal with the emotion of what it is you want to say, almost spiritually to Nat King Cole, that’s what I’m doing."

Is there one particular Nat King Cole song that you treasure over any other?

"Nature Boy. The song has influenced me, the ending line is important as a life message for me, I love singing that line to people – 'the greatest thing you’ll ever learn is just to love and be loved in return'.

I find myself trying to write that type of lyric, in Painted On Canvas or No Love Dying or in When Love Was King. I’m trying to recreate that energy in those songs in a way."

Did Nat King Cole’s family have any input on the album – or have they given any feedback?

"Speaking to Natalie Cole a couple years ago at the Royal Albert Hall I told her that I was going to make this record and she encouraged me, she was like, 'Yeah this is wonderful', and I told her I loved her music and of course her Dad’s music.

"Freddie Cole wrote a song that’s on the record called I Wonder Who My Daddy Is, and it ironically perfectly describes my feeling at age 5 and 6. The void I was feeling was filled in some part by Nat King Cole and by his brother as well."

You’re one of the world’s leading jazz artists today; was the aim of this project to remind people of the brilliance of the genre’s history?

"Nat King Cole needs no help polishing his legacy, I don’t think. I just want to speak on the encouragement, the influence and in a way the positivity of his music had on my musical approach and my musical career.

"Even though its Nat’s music, my story is there as well, which is why I say ‘Nat King Cole and Me’. Love Was King was directly influenced by Nat King Cole, I sat down and wrote a song with the idea in my head to write a song for Nat King Cole. I literally heard his voice in my head.

"In terms of the legacy of jazz in general, I think people are in search of and finding there own voices. I hear even in the newer stuff, Robert Glasper, everybody has still got a small finger wrapped around the tradition of jazz and the history of the music, while making something really new."

We’re still enjoying Take Me To The Alley, but has work begun on your next album? Are you feeling the pressure to turn out new music given its success?

"Yeah that’s coming and its something that I continue to do, I’m always writing, I’ve written songs - it will be a jazz record again influenced by soul gospel and blues. Stylistically this tribute record is not a sea change for me but part of this story as well, part of the jazz umbrella."

Gregory Porter's Nat King Cole & Me is out on October 27.