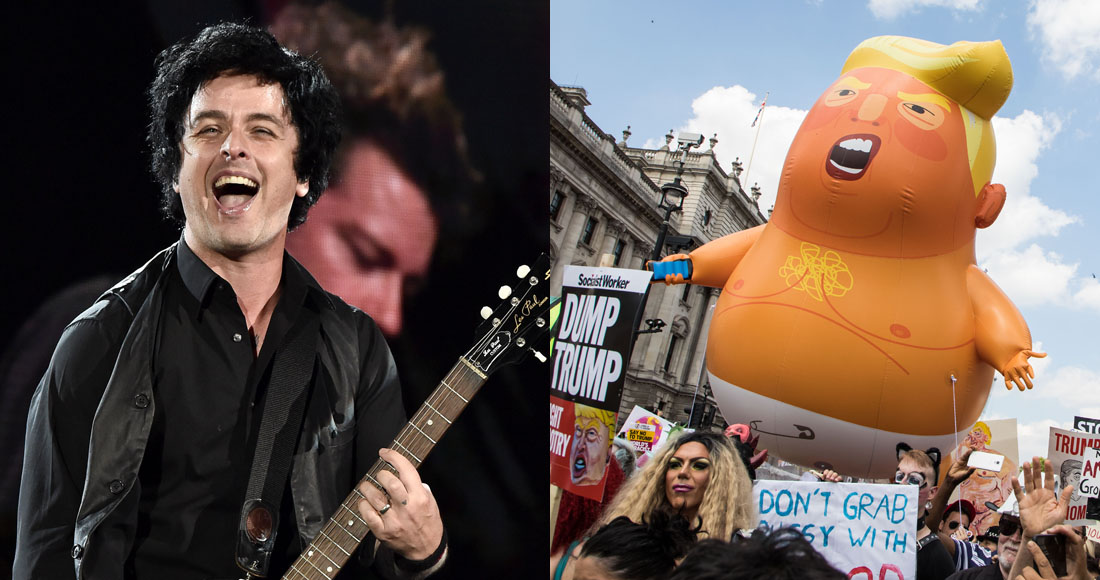 A campaign to get Green Day's American Idiot to Number 1 on the Official Singles Chart as President Donald Trump visits the UK has seen the political hit return to the Top 40 for the first time in 14 years.

American Idiot was a re-entry at Number 25 when the final chart was announced this Friday 13.

The song was the second most-downloaded track of the week, behind Number 1 Three Lions — another vintage song. See the full Official Download Chart from 7pm

American Idiot was originally a Number 3 hit when it was released in 2004, and was largely interpreted as a slating of then-President George W. Bush. Look at Green Day's full Official Chart history here.

The Facebook campaign to get American Idiot to Number 1 has been in motion since the start of Trump's presidency in early 2017, and went up a gear once the US President's visit to the UK was confirmed in April.

Along with the resurgence of American Idiot, the President's visit has attracted large protests in London – including one in Parliament Square with a giant balloon depicting Trump as an orange baby hovering overhead.