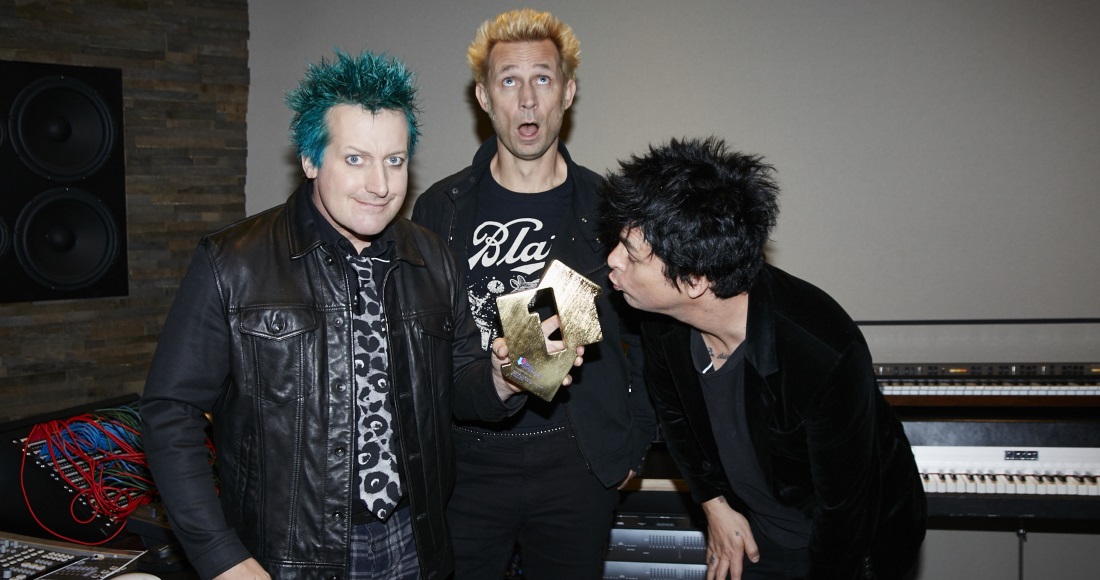 Green Day have scored the third Official Albums Chart Number 1 of their career with Revolution Radio.

The group's twelfth studio album follows in the chart-topping footsteps of 2004's American Idiot and 2009's 21st Century Breakdown. Revolution Radio outsold the Number 2 album of the week by a ratio of 2:1.

Green Day told OfficialCharts.com: "The UK has always been a huge part of our story and to have a chart-topping album at this stage of our career is especially gratifying". View Green Day's full UK singles and albums chart history.

Barry Gibb is this week's runner-up with his second studio collection In The Now (2), followed by American rockers Alter Bridge, who score their highest charting album; The Last Hero is at 3. Rounding out the Top 5 are Kaiser Chiefs' Stay Together (4) and last week's Number 1 Following My Intuition by Craig David (5).

OneRepublic's Oh My My is new at 6, Seasick Steve lands at 8 with Keepin' The Horse Between Me and the Ground, Norah Jones' fifth Top 10 album is in the bag with Day Breaks (9) and Feeder score a fourth – All Bright Electric debuts at Number 10.

White Lies infiltrate the Top 20 for the fourth time with Friends (11); Sum 41's first album in 5 years, 13 Voices, bows at 16; Placebo retrospective A Place For Us to Dream ends the week at Number 21; and Let Them Eat Chaos from Kate Tempest is new at 28.

Elsewhere, Meshuggah's The Violent Sleep of Reason makes an appearance at 32, Michael Kiwanuka's Love & Hate climbs from 69 to Number 35 to make a top flight return and Bee Gees' The Ultimate rockets 75 spots and is this week's Number 39.