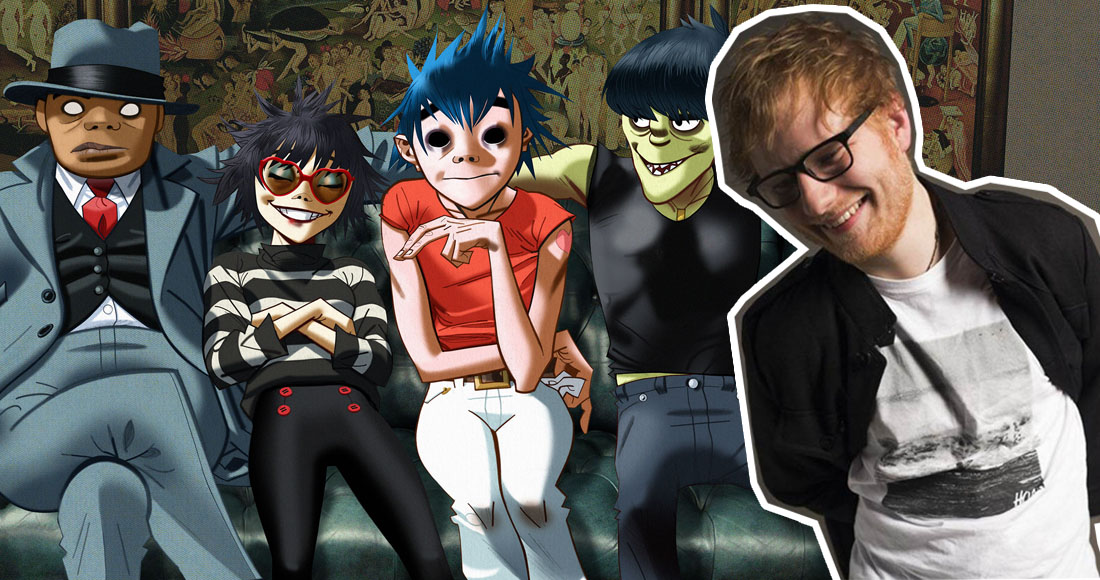 Gorillaz claim this week’s highest new entry on the Official Albums Chart, but they haven’t managed to dethrone Ed Sheeran, who bags a ninth week at Number 1 with ÷ .

The virtual band’s fifth record and first in six years Humanz debuts at Number 2 to earn them a fourth Top 10 album. Despite outperforming Ed on physical and download platforms this week, Ed’s popularity on streaming services sees his album equivalent sales help him keep hold of the top spot.

÷’s nine-week stint at Number 1 is now Ed’s longest unbroken stint at Number 1 on the Official Albums Chart; his second album x (which climbs two places to 8 this week) managed eight weeks at the top when it was released in September 2014 (13 in total).

Elsewhere in the Top 5, Rag’n’Bone Man’s Human holds firm at Number 3, Tears On The Dancefloor by Steps enjoys a second week in the Top 5 at Number 4, and Kendrick Lamar’s DAMN. drops one spot to Number 5.

Irish rock group The Cranberries return with Something Else at Number 18, a collection of re-worked hits from their back catalogue plus an additional three tracks, while Mark Lanegan’s tenth studio album Gargoyle becomes his sixth Top 40 album at 22.

Finally, Michael Ball and Alfie Boe’s Christmas Number 1 album Together vaults 72 places to Number 36 following Michael’s appearance on BBC One’s All Round To Mrs Brown’s, and fresh from her performance on ITV’s Tonight at the London Palladium, Lea Michele scoops her second Top 40 album with Places at Number 37.

Remind yourself of every Official UK Number 1 of 2017 so far below: