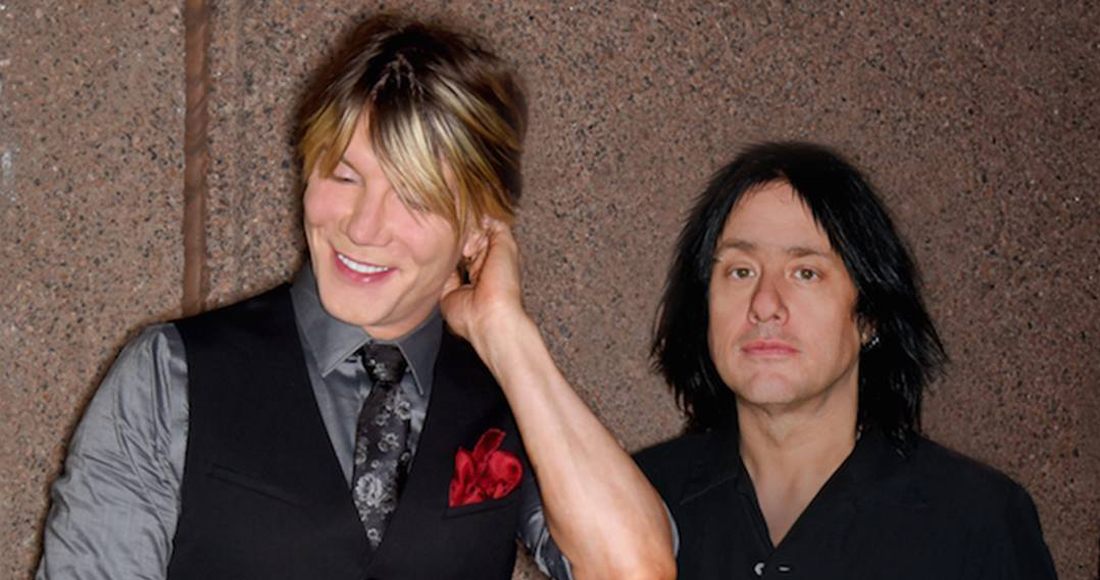 Whether you celebrate Valentine’s Day or not, it’s difficult to avoid revisiting at least a handful of classic love songs when February 14 rolls around. Come on now, don’t deny it.

While love is always popular subject in pop, we’re talking about those big numbers of the ballad variety: Celine Dion’s Think Twice. Aerosmith’s I Don’t Want To Miss A Thing. Whitney’s I Will Always Love You.

Add to that list Goo Goo Dolls, whose slow burner hit Iris has reached the pinnacle of mega-hit status in the UK as it tops one million pure sales in the UK, with 1.003 million downloads and physical CD sales, according to Official Charts Company data. It’s a rare feat to achieve in 2020, when the preference is often to stream music.

Iris’s million-seller status is the latest feat in the song's particularly unique journey. While it was a big hit in the US, Iris missed the Top 40 on the Official UK Singles Chart when it was first released in 1998, debuting at Number 50 in July. A re-release the following year saw it enter the Top 40 for just one week, landing at Number 26.

Still, awareness of the song and its popularity steadily grew, and the introduction of downloads into the Official Chart in 2005 gave the song a new lease of life, spending six months in the lower half of the Top 100 between 2006-2007.

Iris saw its biggest resurgence in 2011, when it was a popular choice of audition song on The X Factor, notably by finalist Frankie Cocozza, whose rendition during the show’s Bootcamp stage sent it to Number 3 on the Official Singles Chart the following week.

MORE: The best-selling singles of all time on the Official UK Chart - view all 178 million sellers 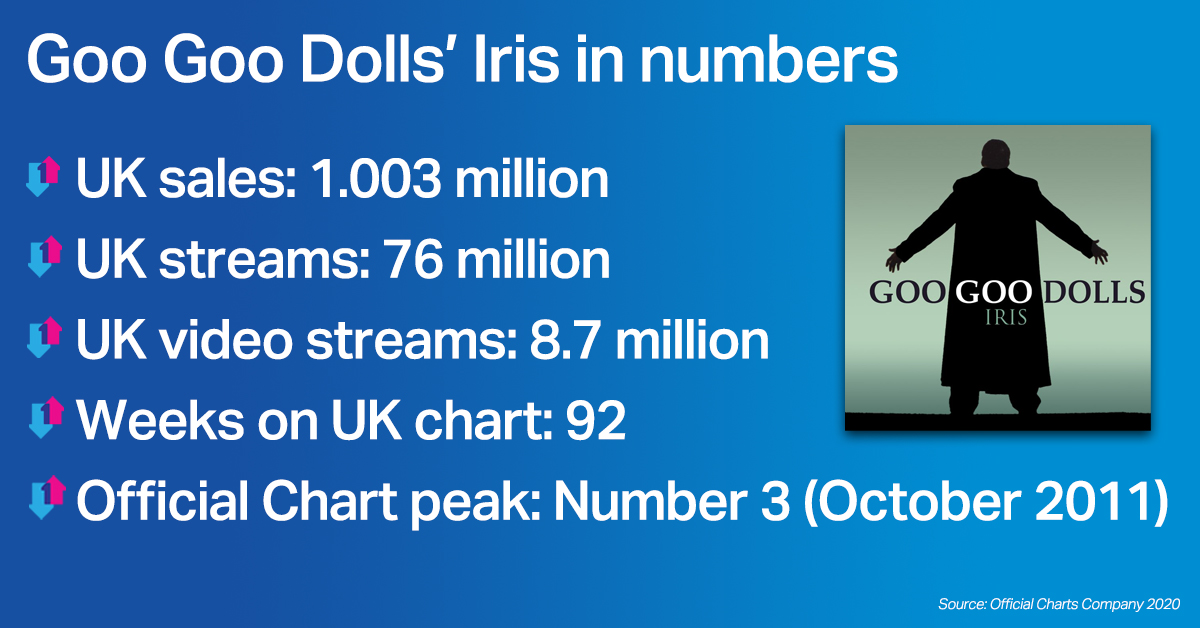 Iris has so far managed 22 separate chart runs in the UK appearances in the Official Singles Chart – the last was in 2015 – totalling 92 weeks in the Top 100. Over the past year in the UK, it has been downloaded an average of 148 times a week and streamed around 410,000 times a week, while its music video gets 95,000 plays a week on average.

Band frontman John Rzeznik told OfficialCharts.com: "I’m so happy that this song has had such a long life in the UK. Thank you to everyone who gave us this amazing gift." See Goo Goo Dolls full Official Chart history, click on ‘Chart Facts’ to see the stats and week by week chart positions for Iris.

Iris - the title of which was inspired by a country singer named Iris DeMent – has, 22 years on, slowly-but-surely earned its place in the love ballads hall of fame. Its unreservedly romantic lyrics such as “you’re the closest to heaven that I’ll ever be” and “I just don’t want to miss you tonight” have made it an extremely popular choice for one particular occasion: never underestimate the power of a wedding song.