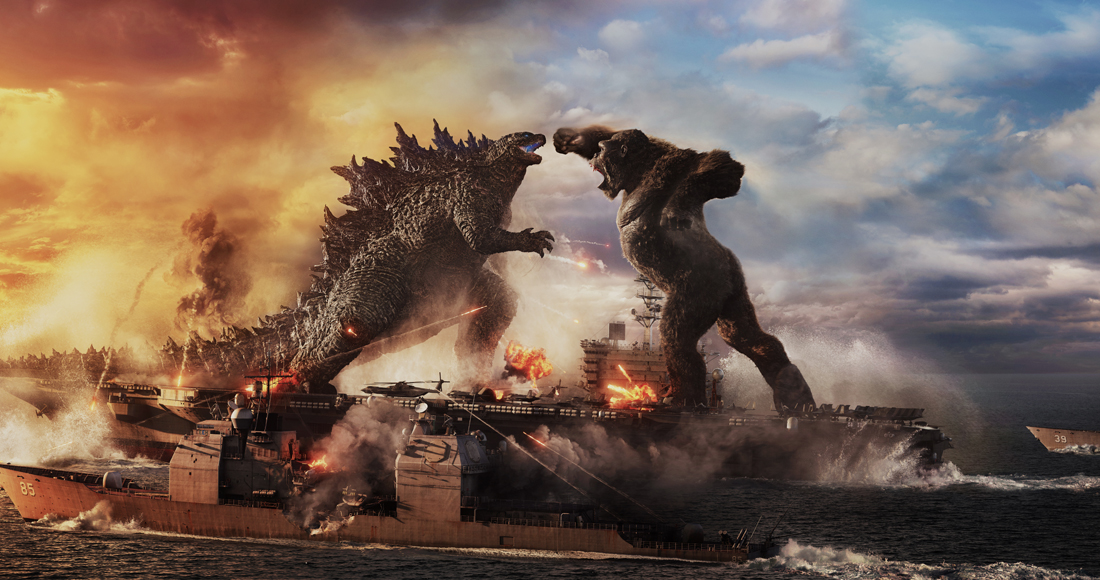 Godzilla vs. Kong flies back to Number 1 on the Official Film Chart following its release on DVD & Blu-ray.

Outselling the rest of the Top 10 combined, and with 89% of its sales on disc, Godzilla vs. Kong celebrates a second total week at the top of the chart as it knocks Zack Snyder’s Justice League back to Number 2.

Wonder Woman 1984 rebounds three places to Number 3, landing just ahead of Tom & Jerry: The Movie at Number 4 and A Quiet Place at 5.

This week’s highest new entry is classic neo-noir thriller Basic Instinct, which enters the Official Film Chart for the very first time at Number 6 thanks to the release of a new 4K collector’s edition of the film.

MORE: The Greatest Showman revealed as biggest digital download film of all time

Ammonite flies 19 places to Number 7, its first entry into the Top 10. Kate Winslet and Saoirse Ronan star in this period romantic drama based in the 1840s; when acclaimed fossil hunter Mary Anning (Winslet) is entrusted with the recovery of the wealthy Charlotte Murchison (Ronan) the two form an undeniable, intense bond that changes both of their lives.

Raya and the Last Dragon drops three to Number 8, as 2017 film The Hitman’s Bodyguard flies up seven to Number 9 thanks to the release of its sequel in cinemas. Finally, Tenet holds on at Number 10.