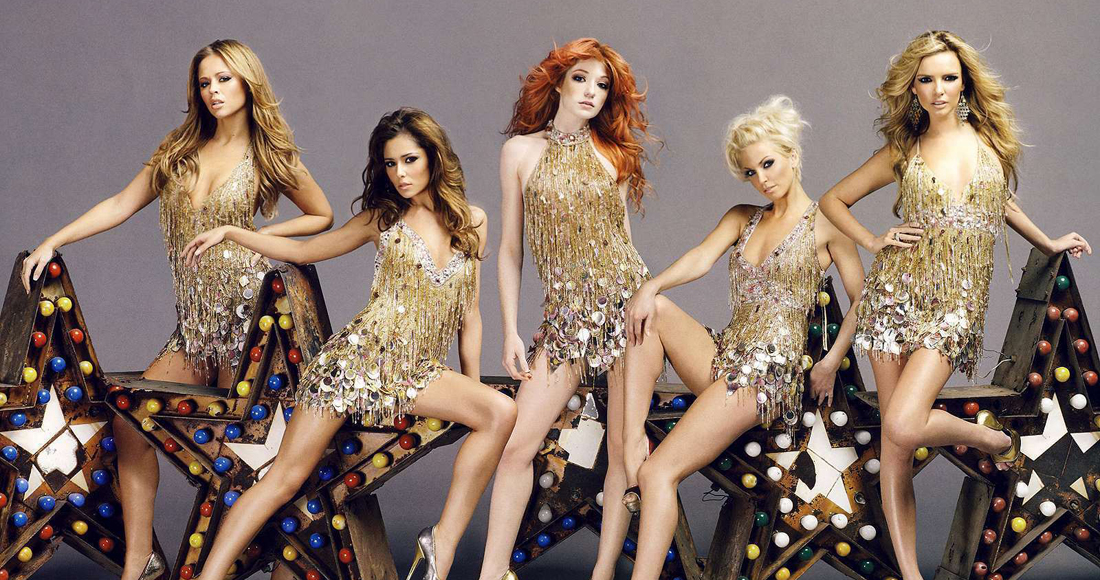 Ahead of their tenth anniversary announcement tomorrow (Friday, October 19) the Official Charts Company reveal that Girls Aloud are the UK’s biggest selling girl group of the 21st Century.

In just four weeks from now the Official Charts Company will be grabbing our balloons and party poppers to celebrate a glittering 60 Years of the Official Singles Chart; the institution that has kept pop fans like you, and us, salivating with anticipation on a weekly basis since we were knee-high to a grasshopper.

But before we get to that, a certain group of chart-topping ladies by the names of Cheryl Cole, Nadine Coyle, Sarah Harding, Nicola Roberts and Kimberley Walsh, AKA Girls Aloud, have something very special to announce to the world tomorrow to celebrate their own anniversary of a decade in music. And what a decade it’s been!

Since winning hit reality TV show, Popstars: The Rivals in 2002, Girls Aloud have beaten off tough competition from the likes of All Saints, Destiny's Child, Atomic Kitten, Pussycat Dolls, The Saturdays and Sugababes to become the UK’s biggest selling girl group of the 21st Century in terms of singles sales. To date, they have racked up over 4.3 million singles sales, and have scored 20 Top 10 hits (including four Official Number 1s).

“With a staggering 20 Top 10 singles and four Number 1s, we’re delighted to officially crown Girls Aloud as the UK’s biggest selling girl group of the 21st Century. As the Official Charts Company gears up to celebrate 60 years of the Official Singles Chart next month, we wish a huge congratulations to Nadine, Cheryl, Nicola, Sarah and Kimberley on their own 10 poptastic years in music!”