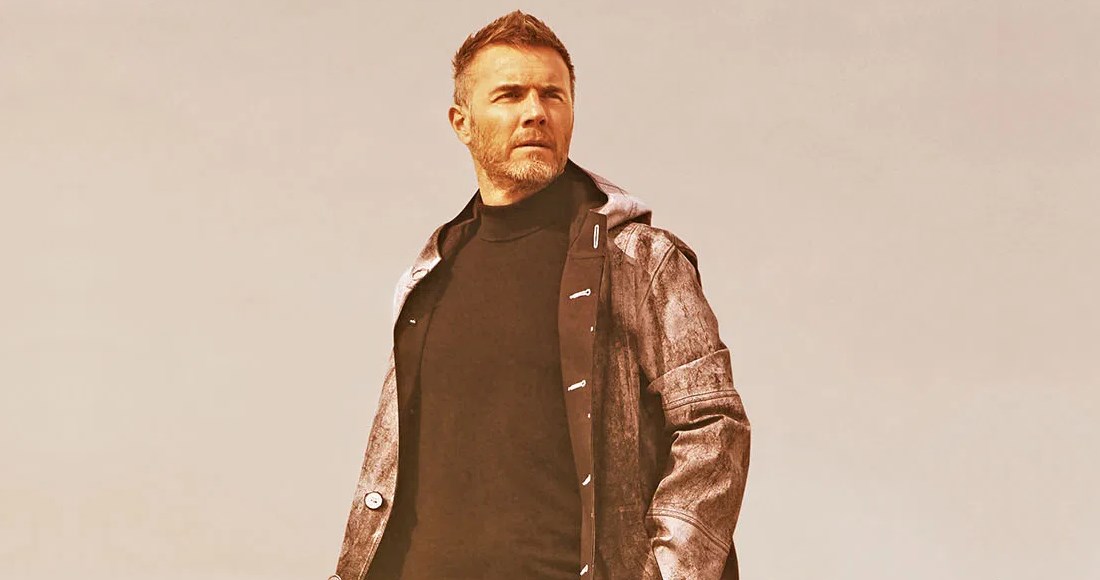 This week, Gary Barlow is set to launch his fifth solo album, Music Played By Humans.

His first standalone release in six years, the record has so far been trailed by singles Elita and Incredible - and faces serious competition from Miley Cyrus and Steps in pursuit of the Number 1 spot on the Official Albums Chart.

So, we thought it was high-time we take a look at Gary's greatest hits from his solo career. As the chief songwriter of Take That, he's had a hand in some pop classics, and his golden pen has given him his own solo success - he's so far clinched three Number 1 singles.

From two successive chart-toppers, a commission by the Queen and even a duet with a knight of the realm, here are Gary Barlow's top 10 biggest solo singles on the UK's Official Singles Chart.

The title track from Gary's fourth and most recent solo effort, Since I Saw You Last is a very personal track for the former X Factor judge - detailing how hard he found it to establish himself as a solo artist after Take That's first split in the 90s.

Stronger was a contentious pick for the first single from Gary's second album, Twelve Months, Eleven Days. Primarily a dance-pop tune, it was a risky swerve away from the mid-tempo balladry of his debut. Writing in his autobiography A Better Me, Gary says he objected to the song's release and change in direction. It only managed a peak of Number 16, so maybe he knew what he was talking about.

Two musical legends teaming up together, Face To Face was released as the second single from Since I Saw You Last. Despite peaking at Number 69, the duet with Sir Elton John is clearly beloved by fans, comfortably earning a spot in Gary's Top 10 most popular songs.

The third single from his first album, So Help Me Girl didn't match the Number 1 peaks of Forever Love and Love Won't Wait, just missing out on the Top 10 and peaking at Number 11. Produced by super-producer David Foster (Celine Dion, Michael Jackson, Mariah Carey), the track is a cover of the original song by US country artist Joe Diffie.

The title track from Gary's debut studio album became his fourth single as a solo artist. Upon release in 1997, it hit Number 7 on the Official Singles Chart, giving the singer-songwriter his third UK Top 10 single of the campaign. Much like debut single Forever Love, it was written and produced entirely by the man himself.

Love Won't Wait served as the second single from Gary's debut album, Open Road, and gave him his second consecutive solo Number 1 single. Fun fact: the song is actually a discarded Madonna demo - written by the Queen of Pop and Shep Pettibone for inclusion on Bedtimes Stories - before being scrapped and given a new lease of life on Gary's album.

An iconic team-up if there ever was one. Long before Take That reunited for the mighty The Flood, Gary and Robbie buried the hatchet publicly on this nostalgia-laden duet, which was created to celebrate 20 years of Robbie's solo career. It peaked at Number 2 on the Official Singles Chart, and warmed the hearts of 90s fangirls everywhere in the process. This would not be the boys' last team-up either, he would later help co-write Robbie's comeback single Candy in 2012, which did peak at Number 1.

Every boyband member has to have a signature debut single and Gary's is no exception. Forever Love is a heartfelt mid-tempo ballad which was written and produced entirely by Gary himself. Entering the Official Singles Chart at Number 1 selling just over 100,000 copies in its first week, it gave the pop star the distinction of being the first Take That member (yep, even considering Robbie) with a solo UK Number 1 single.

Gary and Andrew Lloyd-Webber were commissioned to write and compose Sing to celebrate The Queen's Diamond Jubilee in 2012. As such, it features over 200 musicians from around the Commonwealth, also including Gareth Malone's Military Wives choir and even Prince Harry giving a cheeky shake of the tambourine. Upon release, the song topped the Official Singles Chart in its second week and has notched up 427,000 chart sales, including 3.8 million streams.

Let Me Go, Gary's biggest song on the UK Official Singles Chart, was written as an ode to his stillborn daughter Poppy, turning the pain of her loss into a joyful commemoration and celebration of life. It's by far Gary's biggest track too, with over half a million chart sales, including 13.6 million streams.