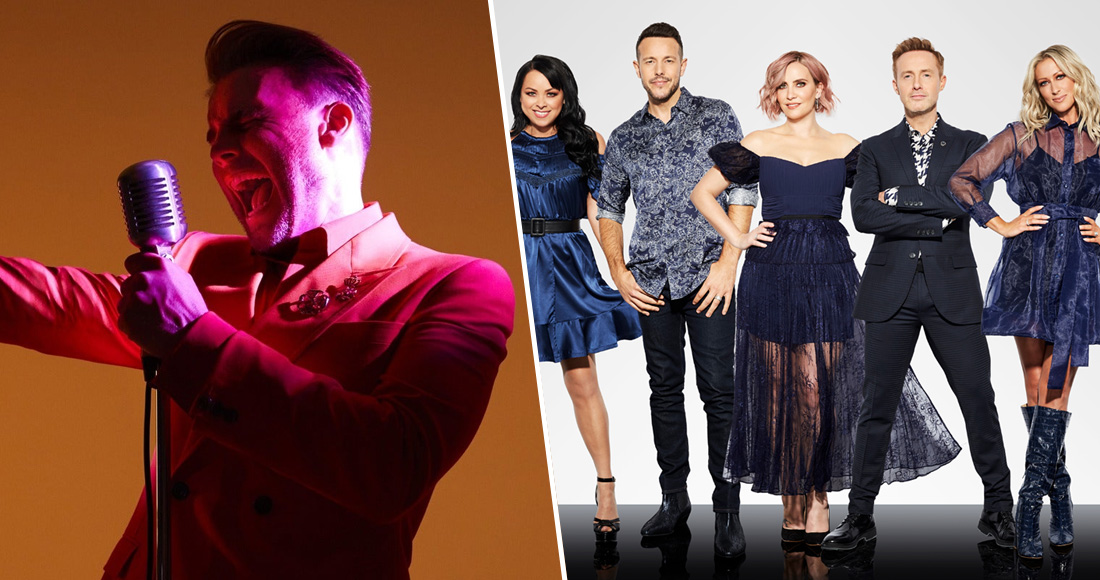 Gary Barlow and Steps are locking horns for this week’s UK Number 1 album.

As of today (Nov. 30)’s Official Chart Update, it is Take That frontman Gary in pole position, some 4,300 chart sales ahead of pop heavyweights Steps who are Number 2 midweek.

Following high-profile performances on The Graham Norton Show and Strictly Come Dancing at the weekend, Gary’s first solo album in eight years Music Played By Humans is on course to become his third UK Number 1 album as a soloist, and his 11th overall including his career with Take That.

Steps’ sixth studio album What The Future Holds is in the runner-up slot currently, although it has scored the most downloads and vinyl sales of the week so far. Previously Claire, Faye, H, Lee and Lisa have claimed three UK Number 1 albums. Their 2017 comeback album Tears on the Dancefloor peaked at Number 2.

Last week’s Number 1 Together at Christmas by Michael Ball and Alfie Boe drops to Number 3 midweek, while the most-streamed album of the week so far Miley Cyrus’ Plastic Hearts is at Number 4, and puts Miley on track to earn her highest chart position in seven years since 2013’s chart-topping Bangerz.

Also looking to secure new entries in this week’s Top 10 are Spandau Ballet with their 40th anniversary retrospective 40 Years – The Greatest Hits (6) and hits collection Singled Out (8) from Welsh singer Shakin’ Stevens.

MORE: Steps talk Eurovision and the possibility of a Kylie Minogue collaboration: "It would be silly not to"

Following her Studio 2054 livestream concert and the release of its Bonus Edition, Dua Lipa’s Future Nostalgia rockets 18 places to Number 11 at the halfway point in the week, one slot ahead of Michael Buble’s Christmas, up 10 slots to Number 12. Festive albums from Dolly Parton and Jamie Cullum, A Holly Dolly Christmas and The Pianoman at Christmas, are on sleigh rides towards new peaks, currently at Numbers 15 and 16 respectively.

Following its physical release, dance duo CamelPhat’s debut album Dark Matter is set to rebound into the Top 40 at 24, ahead of Maverick, the new album from Scottish blues-rock group King King at 29.

Also this week, Cyr the new double album from US rockers Smashing Pumpkins could be their first UK Top 40 record in eight years at 31, Paulo Nutini’s Sunny Side Up could return to the Top 40 for the first time in six years (32) following a vinyl reissue, and American prog metallers Dream Theater’s live album Distant Memories: Live in London is at 33.

Test your knowledge of Steps' back catalogue with our new quiz.