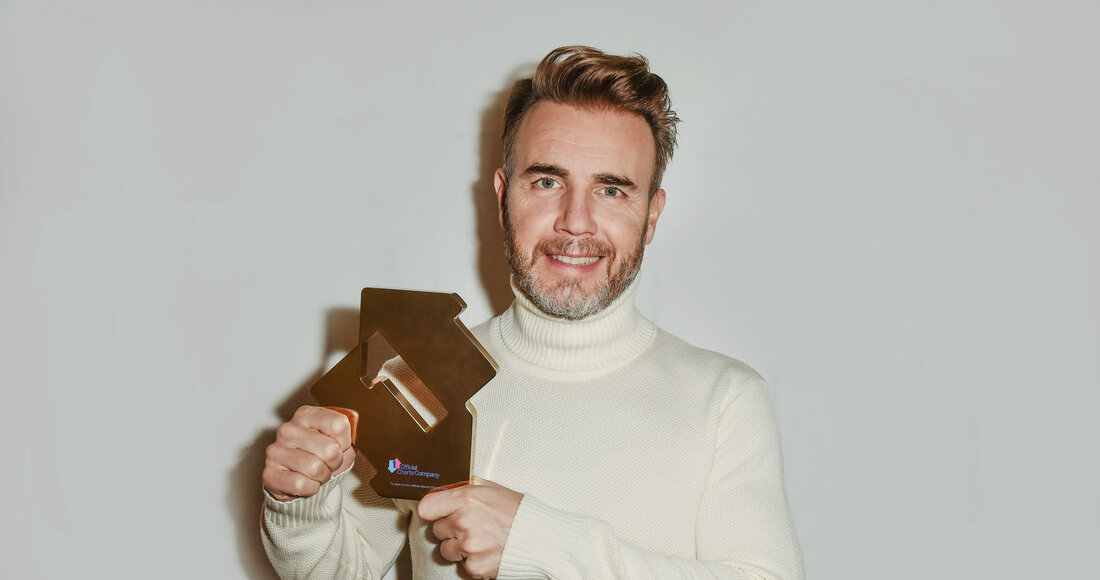 Gary Barlow debuts at the top of the Official Albums Chart with his fifth record, Music Played By Humans.

It comes after a hotly-contested battle with pop group Steps, who settle for Number 2 with What The Future Holds, their seventh Top 5 album. Barlow scored 46,500 chart sales to take the top spot.

Music Played By Humans becomes Barlow’s third number one album, and his first since Sing in 2012 with The Commonwealth Band. As a member of Take That, he also has a further eight chart-topping LPs.

Talking to OfficialCharts.com, Barlow said: “Well, today is Christmas Day! Thank you so much everybody; Thatters, GB Army and anyone else, thank you so much.

Watch Gary’s message on his Number 1 album below:

Elsewhere in the Top 10, pop provocateur Miley Cyrus gains her highest-charting album in seven years as Plastic Hearts enters at Number 4. Buoyed by the success of single Midnight Sky, it becomes her highest placement on the chart since the chaotic Bangerz in 2013 took the top spot.

As Christmas nears, we see a number of festive LPs climbing further and further up the Album Chart too. Michael Buble’s Christmas enters the Top 10 at 9, his ninth year of doing so. Dolly Parton’s A Holly Dolly Christmas also reaches a new chart peak of 16, and Jamie Cullum’s The Pianoman at Christmas reaches a new peak of 21.