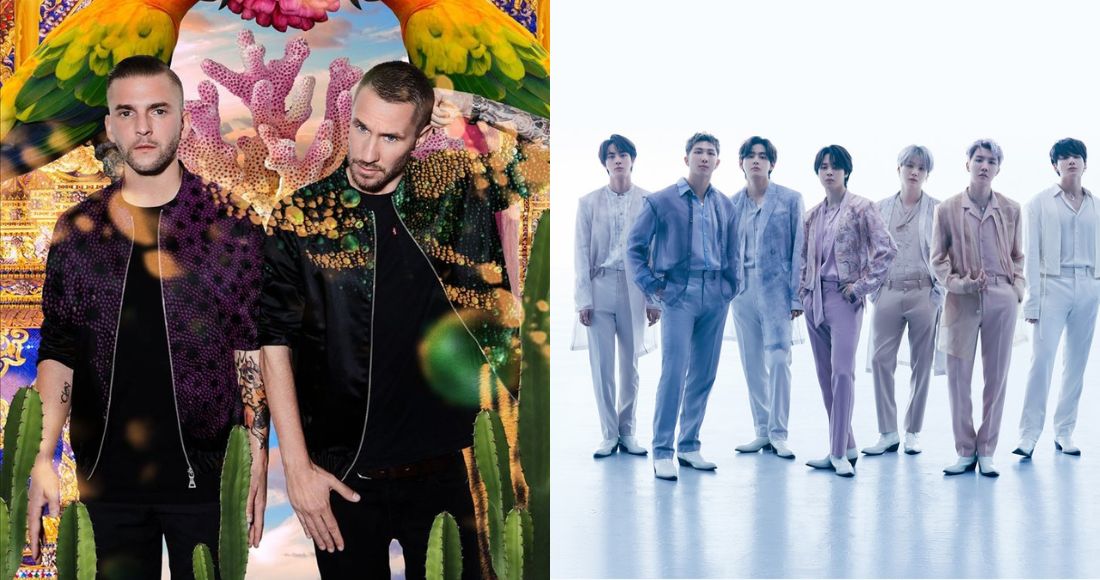 Galantis have said that there's "something cooking" in in the kitchen right now with BTS, heavily hinting that they've teamed up with the K-Pop superstars on a new collab.

The Swedish production duo - comprised of Christian "Bloodshy" Karlsson and Linus "Style of Eye" Eklow - recently shared a video on Twitter, containing a clip of the music video of BTS' 2017 breakthrough single DNA, combined with the audio of their recent collaboration with Craig David, also called DNA.

"There's something in your DNA moves," Galantis wrote, even tagging BTS in. "#Gotsomethingcooking."

Does this mean that BTS and Galantis do indeed have something cooking? Stranger things have happened, given that the two acts have collaborated before; Galantis remixed BTS & Coldplay's 2021 single My Universe, which peaked at Number 3 on the Official Singles Chart.

Despite reports earlier this year that BTS would be entering an extended hiatus, the seven-piece are busier than ever. Not only are its individual members starting to branch out into solo endeavors, but the band itself recently featured on Bad Decisions, a new song with producer Benny Blanco and Snoop Dogg.