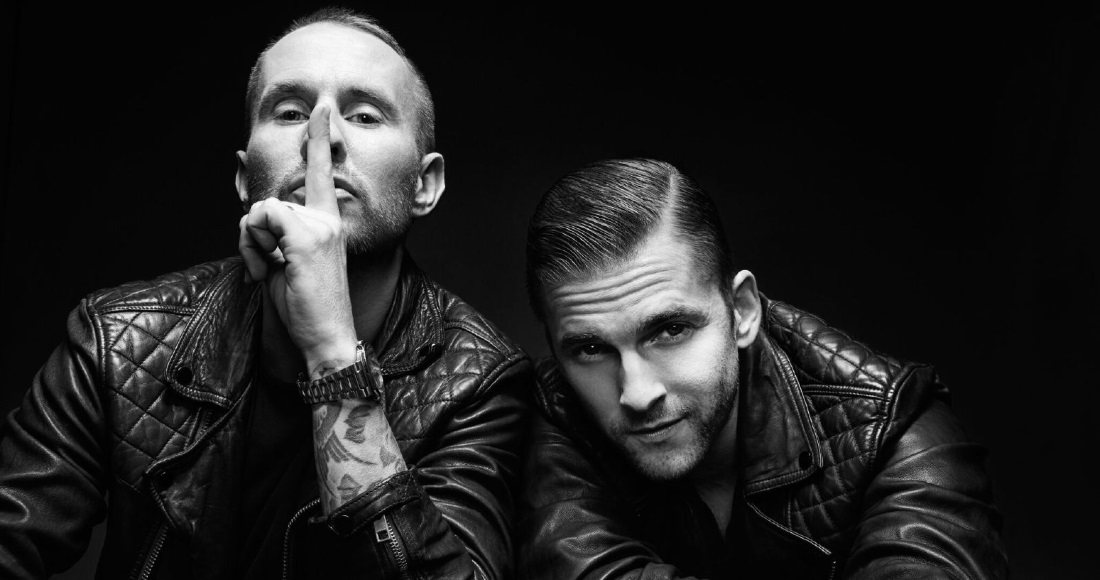 Eagle-eyed music fans will already know that there's a lot more to Galantis than your average dance production duo.

For those who don't, the pair - made up of Christian Karlsson and Linus Eklöw - have worked under a few different aliases over the last 15 years: Christian as one third of indie synthpop band Miike Snow and ridiculously good pop production outfit Bloodshy & Avant  (seriously, check out their discography of work here), and Linus as Style Of Eye, whose credits include co-helming Icona Pop and Charli XCX's I Love It. And it's their catalogue of pop hits, they say, that's helped them perfect the knack for a dance smash under their current incarnation Galantis.

"Bloodshy & Avant still exist within Miike snow," Christian told Official Charts, "[but] both our careers working in pop music (as Bloodshy and Style Of Eye) have given us the platform and experience to make Galantis what it is.

"It feels like everything we've been doing has led up to this - writing for other people, being in other bands, and DJ-ing separately. All of these experiences have been leading us to Galantis."

The pair were in Vegas when we caught up with them ("What did we do last night? Tequila!"), and they've been on the road pretty much non-stop since the release of Runaway (U & I) back in October 2014.

Since then, they've scored a hat trick of Top 10s on the Official Singles Chart, most recently with No Money, which is no mean feat given the overcrowding in the dance genre of late. Their success, they believe, is down to their creative process being very different to that of your average DJ-turned-producer.

"Within dance music, there’s probably not that many producers that write the way we do," they explained. "Most people start with a track and then a top liner comes in.

"We usually start with the chord progression and melody, then we move on to do the lyrics before we start dressing the song up to become a dance track. Pretty much every Galantis song is a ballad before we turn it into house music."

The duo also strong believers that good lyrics - often written in their remote studio in the Swedish archipelago in the Baltic Sea(!) - are as important as a big hook to a successful dance song. "That is the base and focus of the writing process," they said of their creative technique, "plus, we have a few secret weapons of our own. We've never done a song without a tambourine!"

With No Money having just logged its eighth week in the Top 10, Galantis won't give much away about their next single yet, other than it is ready to go and we can expect it to be "Pow pow pow!" At this stage, we'd expect nothing less.

Galantis' No Money Remixes Pt. 2 is out now. Click here to download it and here to stream.