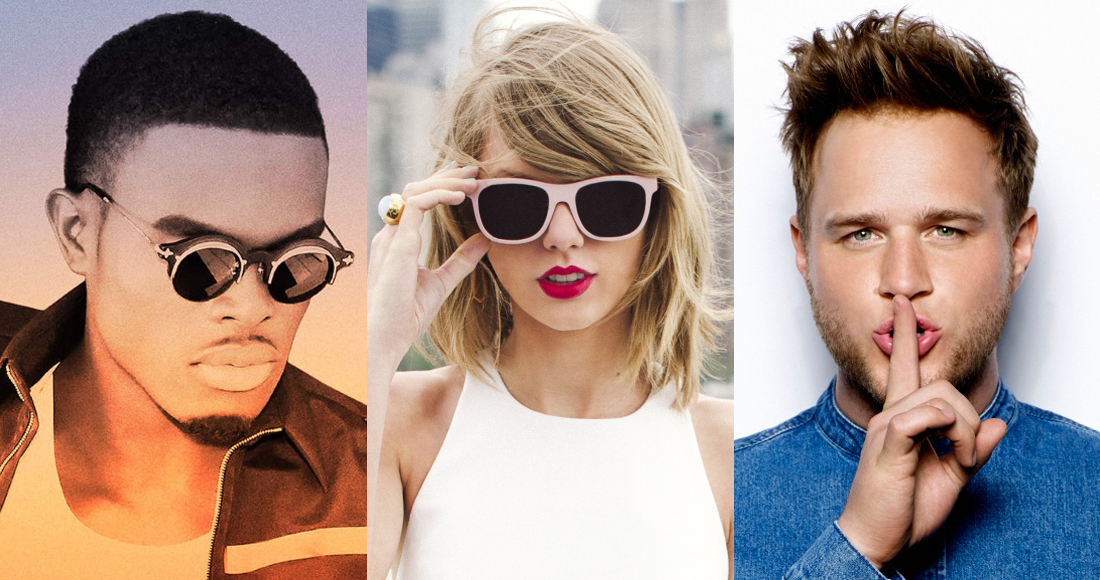 Once upon a time, the months of January to March - 'Q1' for pop aficionados - were a quiet time for music and the charts. Nowadays, it's a chance for budding acts to grab their breakthrough moment and the time for bigger players to grab a head-start on a new year hit.

Listen below to a selection of tracks we're tipping to make an appearance in the Official Singles Chart over the next few weeks...

Jess has had a phenomenal couple of years, notching up five Number 1s and scoring the seventh biggest album of 2015 with I Cry When I Laugh (you can check out the full rundown here).

She's back on an uplifting tip with Ain't Got Far To Go; a gospel-flavoured feelgood track is sure to take Jess back in the Top 10. Expect to see it doing its thing around late February.

This year is looking like a big one for Jack, following his win of the BRITs Critics' Choice Award and topping the BBC's Sound Of 2016 poll. He toured with Mumford & Sons and this year will have the stage all to himself, with dates kicking off in April.

All eyes (and ears), then, are on his debut album Phase, out 19 February. Next single Worry gives a taste of the delights to come.

Adele – When We Were Young

Adele's return has all been about Hello so far, but the next single from the star's record-breaking album 25 is an even more emotional powerhouse. Lamenting her lost youth (Adele is 27 btw), When We Were Young is a nostalgic number with a belter of a chorus. The track made a brief appearance in the Top 40 the week 25 was released, but we're pretty sure it'll be back once the single campaign gets underway.

MORE: Adele overtakes Madonna for the most weeks at Number 1 on the Official Albums Chart

His massive Number 1 Cheerleader was the most streamed track of 2015 (check out the full chart here), and following a smash like Cheerleader was always going to be a tall order. Fear not, though, Omi lovers – his new track is ready to go and is sure to bring a summery glow to your January chills.

For Drop In The Ocean, Omi's brought on board AronChupa, who found international success in 2015 with quirky dance track I'm An Albatraoz.

Taylor Swift – Out Of The Woods

It's the fan fave release we've all been waiting for – Taylor has finally conferred single status on the mighty Out Of The Woods. Originally released back in 2014 as a teaser of what was to come on Taylor's huge album 1989, Out Of The Woods may or may not recount the tale of a trip to A&E with one quarter of One Direction.

Six tracks from 1989 have made the Top 40 so far; we reckon Taylor's a dead cert for a lucky seventh.

If Tiggs' latest track sounds familiar to you, that's because it was used as the soundbed for ITV's 2015 Rugby World Cup trailer and computer game FIFA 16. Now, the Tanzanian-born singer/rapper/poet/producer is hoping the song's success will translate to the chart.

"[It's] about escaping your troubles and just getting away from certain situations and not letting life's little dramas bring you down," he said of the track; and while this is already a sure-fire cure for the January blues, expect this jazzy bop to be big come the end of February.

It feels like we've been waiting a while for a follow-up to the mighty Say Something, which hit the Top 10 back in February 2015. Remixes of Open My Eyes are already available before the single version is released at the end of the month, and it's safe to say Karen hasn't strayed too far from the dance floor.

Speaking to OfficialCharts.com, Karen said: "I think it’s going to be something a little bit different for everyone so hopefully you’ll all enjoy it! I’m excited to bring out some more new music.” And bring it out she will – Open My Eyes is out on 29 January.

Doffing your cap to a legendary artist is quite the trend – Charlie Puth and Meghan Trainor took their nod to Marvin Gaye to Number 1 and now Olly Murs is back with his tribute to Stevie Wonder. Last single Kiss Me just missed the Top 10 late last year, but we reckon Stevie's magic can help this track go a little further.

MORE: See all Olly's big singles and albums in his Official Chart archive

Following Top 10 album Sing To The Moon back in 2013, Laura Mvula makes a return with this uplifting track co-produced by Troy Miller, who's worked with a host of stars including Amy Winehouse and Mark Ronson.

And if that riff in the background sounds familiar, that's because it's down to the king of disco, Nile Rodgers, who lends his considerable talent to Overcome. This catchy collaboration promises  exciting things to come from Laura's second album, which is on its way.

Got a fave upcoming release that you reckon will be doing some serious chart-bothering over the next few weeks? Tell us all 'bout it on Facebook, Twitter, or drop us a comment below.