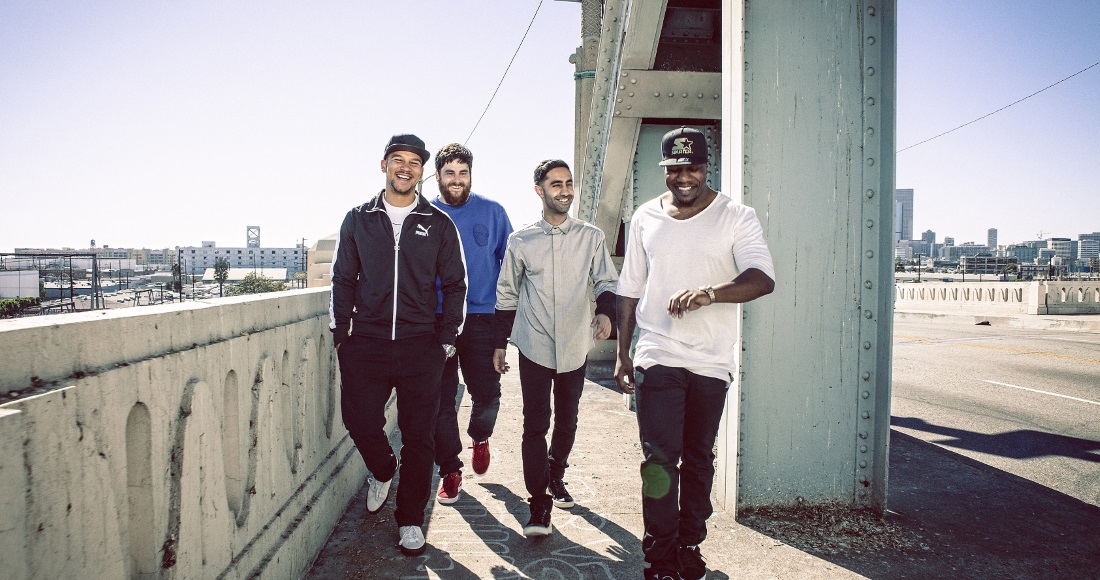 Listen to ten tracks we’re tipping for chart success in the coming weeks, including songs from Rudimental, The Janoskians, Joy Williams and Rixton.

After trailing their debut album Home with the epic, chart-topping Feel The Love, we didn’t envy Rudimental’s job of coming up with a lead single for their second collection. Fortunately, Never Let You Go - with its soaring chorus and uplifting lyrics - exudes the same levels of care-free joy we’ve come to expect from the Hackney collective.

Janoskians - Friend Zone (out May 24)

Aussie five-piece The Janoskians cracked the UK charts last summer with the brilliantly bonkers Real Girls Eat Cake. They won’t be everyone's cup of tea, but the blistering and ridiculously catchy pop-punk chorus Friend Zone is undeniable - and reminds us of some of Busted’s best...

We fell in love with French singer Petite Meller last year when we were sent her track Backpack accompanied by a bonkers music video. Her new single Baby Love feels like her big breakthrough moment: It’s got rave pianos, a massive chorus and completely nonsensical lyrics. What more do you need from a pop song?

We were worried that Everything Everything had blown their load too early with their ludicrously addictive single Distant Past. And while Regret is a more familiar sound from the Manchester quartet, the result is equally as catchy. Expect great things from their Stuart Price-produced album Get To Heaven in June.

Best known in the UK as one-half of US-folk duo The Civil Wars, Joy Williams has unveiled the first single from her new album Venus. Oh Mama is a pacey slice of earthy soul-pop which, she says, blends together influences from Kate Bush, Portishead, Massive Attack and Peter Gabriel.

Armin van Buuren FT Mr Probz - Another You (out May 8)

Waves singer Mr Probz could well have another summer smash on his hands after lending his soothing tones to Another You; an otherwise thumping club banger helmed by trance legend Armin van Buuren.

Maverick Sabre - Walk Into The Sun (out June 29)

After hitting Number 2 on the Official Albums Chart in 2012 with his gritty and mostly-moody debut LP Lonely Are The Brave, we expected much the same from Maverick Sabre’s return. Fortunately, he’s surprised us with the finger-snapping summer jam Walk Into The Sun; and it’s a colour that suits him surprisingly well.

KStewart - Keeping You Up (out June 1)

Following her recent guest spot on Oliver Helden’s Top 5 single Last All Night (Koala) 20-year-old KStewart will release her debut single next month. Produced by Shift K3y, Keeping You Up - with its infectious dancefloor groove and mega vocal - is the full pop package.

The third track to be unveiled from his forthcoming album The Desired Effect, Lonely Town is ‘80s synth-pop at its melancholic best.

Manchester quartet Rixton release We All Want The Same Thing on May 31; a deceptively catchy toe-tapper that trails their long-awaited debut album Let The Road, which follows on June 8. Can this reach the same heights as their chart-topping debut Me And My Broken Heart? Hit play below and judge for yourselves...