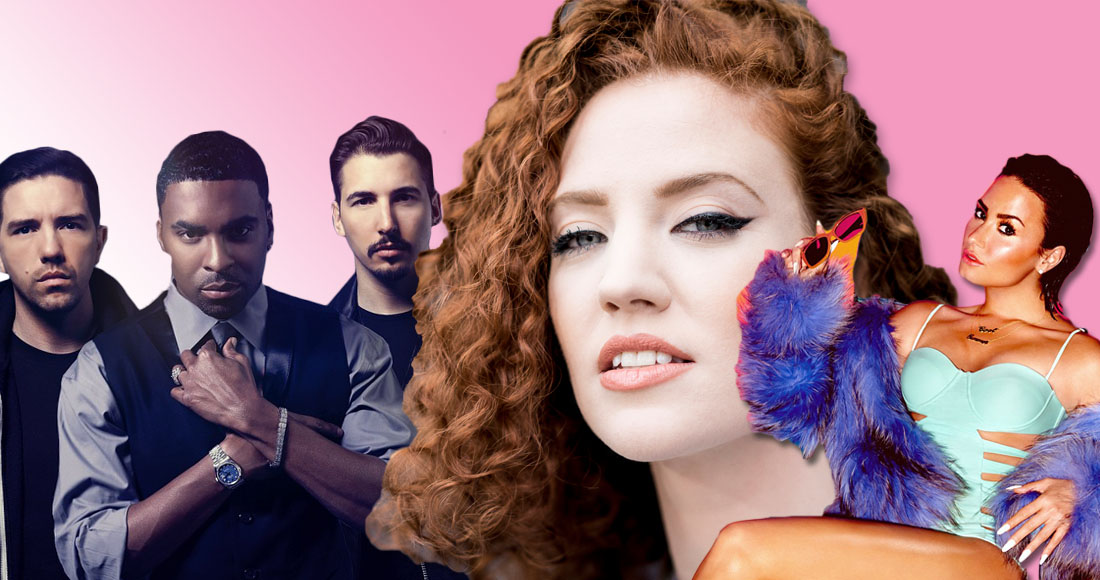 Listen to eight songs we're predicting big things for on the Official Singles Chart over the coming weeks, including tracks from Jess Glynne, Demi Lovato, Tough Love and more.

Jess Glynne is well and truly on a roll at the moment, isn’t she? Fresh off her chart-topping collaboration with Tinie Tempah Not Letting Go, the singer-songwriter is back as a headliner with DBSHOY; a sunny and uplifting number with a singalong chorus that could well be her fifth Number 1 when it’s released next month.

Similar to Sam Feldt’s sun soaked and laid back re-working of Robin S.’s Show Me Love (which recently charted inside the Top 5), Felix Jaehn has given the 2015 deep house treatment to Rufus & Chaka Khan’s 1983 hit Ain’t Nobody. The track has so far topped the charts in five countries and has already entered the Official Singles Chart Top 100 a month before its download release; so expect similar success on these shores imminently…

She’s been threatening to do so for a while, but could Cool For The Summer be the song that turns Demi Lovato into a proper global superstar? It’s certainly got all the right ingredients - highly suggestive lyrics, a melody that quickly lodges itself in the brain, and a killer chorus...

MORE: The Official Top 40 Most Streamed Songs of 2015 so far

They *just* failed to crack the Top 10 with their debut single So Freakin’ Tight back in March (it peaked at Number 11), but dance duo Tough Love could have an even bigger hit on their hands with Pony (Jump On It). As the title suggests, it samples Ginuwine’s 1996 R&B hit Pony, but the organ house bassline ala Robin S.’s Show Me Love breathes fresh life into it.

Rising star Pia Mia caught the attention of record execs late last year due to her growing popularity on YouTube. She’s since signed a record deal with Interscope, found friends in Kim Kardashian, Kanye West and Chris Brown and carved out her own self-labeled sound called ‘wolfpack kingdom’. Her new single Do It Again doesn’t have a UK release date yet, but given it’s fast-climbing the chart in the US, we suspect it’ll smash whenever it reaches these shores.

Carly Rae Jepsen - Run Away With Me (out now)

She narrowly missed out on the top spot back in May with I Really Like You, but for her second album Emotion, Carly Rae Jepsen is armed with more just one massive hit. Her follow-up Run Away With Me might fall on the wistful side of the banger spectrum, but the impact is just as powerful as its predecessor.

Which new releases are you excited about? Leave your comments below: