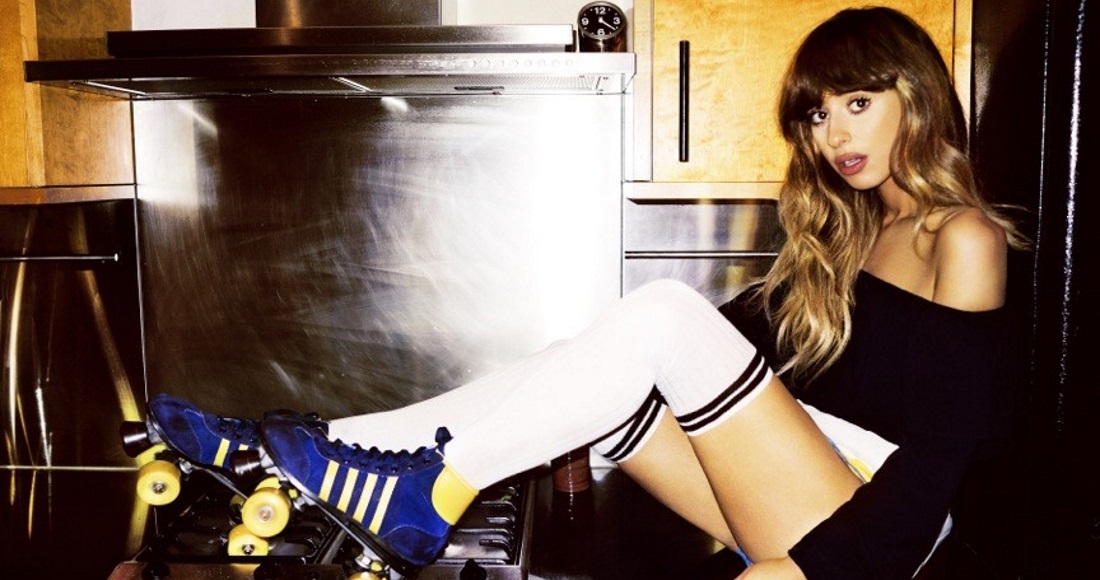 Listen to a selection of tracks we’re tipping for chart success in the coming weeks, including songs from Foxes, Eminem and John Newman.

Foxes - or Louisa Allen to her mates - is heading up her second studio album with Body Talk; a wistful disco banger of song that could well see the Southampton singer score her biggest hit yet on the Official Chart when it’s released next month.

Singles from soundtracks are *all the rage* these days; so expect big things from Eminem’s new track Phenomenal, which heads up the soundtrack for upcoming sports drama film Southpaw. It’s dark, angsty and packed with the tongue-lashing lyrics that only Marshall knows how.

She may be vying for the top spot with her debut single Somebody in the UK this week, but Natalie La Rose isn’t wasting time with a follow-up. “If I was your girl, I’d give it to you all around the world,” she sings over rumbling bass claps, before a chorus of silly-addictive “La-la-la’s” ensues. We’re not quite sure what she’s getting at (ahem), but something tells us this’ll be another hit all around the world.

California rapper Sage The Gemini recently scored his UK breakthrough guesting on Flo Rida’s Top 5 hit G.D.F.R in March this year. Now, he’s back with his own headline single Good Thing; a smooth and sultry piece of rap-pop featuring Nick Jonas that essentially sounds like the sequel to Jonas’ global smash Jealous...

After having her tracks featured on a string of hit shows including Pretty Little Liars and One Tree Hill, New York singer-songwriter Rachel Plattern’s may finally have a chart hit on her hands with Fight Song; a rousing, lighter-waving empowerment anthem that’s already zooming up the chart in America.

Just as we were beginning to wonder where John Newman had got to, he goes and throws out this corker of a single. Come And Get It is another throwback soul-pop anthem packed with all the necessary horns hooks that should see this zoom up the Official Chart with ease next month.

With summer now officially upon us, expect to see many a house anthem appearing on the Official Chart over the next few weeks. One we’re tipping for big things later this month is House Every Weekend by Kent DJ and producer David Zowie; an addictive club banger that immediately transports us, as the Vengaboys would put it, back to the island...

Krept & Konan FT Jeremih: Freak Of The Week (out June 28)

What upcoming releases are you excited about? Leave your comments in the box below: