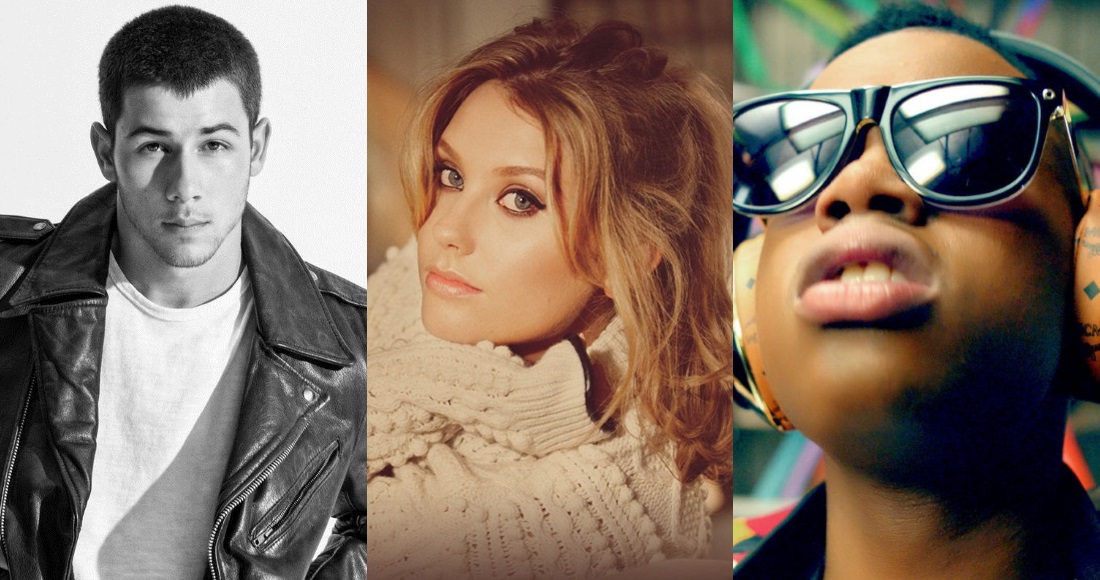 Listen to a selection of tracks we’re tipping for chart success in the coming weeks, including songs from Sigma FT Ella Henderson, Avicii, Meghan Trainor and more.

Get your neon body paint and glow sticks out; Sigma are back with another summer raveathon. Following their recent collaborations with Paloma Faith and Labrinth, the D&B duo have teamed up with Ella Henderson for Glitterball; an arms-aloft club banger destined to soundtrack many a boozy holiday this summer.

Avicii’s latest offering is fast-scaling the Official Chart (it’s currently at Number 43 based on streams alone), so expect big things from this when it gets it full download release next month. The track itself is another EDM-pop offering that we’ve come to expect from the Swedish DJ, though this one tugs at the heartstrings more than you’d expect.

Meghan Trainor has teamed up with John Legend for her latest single, on which they promise to never let each other go (like, ever) over finger-clicking ‘50s pastiche guitar strums. We’re sure John’s wife Chrissy Teigen will have something to say about that...

We’re just going to come out and say it: we’re really enjoying Pitbull’s new single. It’s wonderfully summery, sounds like the Conga and Copacabana rolled into one, and - crucially - is what it says on the tin: FUN!

Major Lazer’s latest single Lean On might still be riding high in the Official Singles Chart, but we don’t think it’ll be long until their new single zooms up the Top 40. Featuring the unmistakable vocals of Ellie Goulding and reggae singer Tarrus Riley, Powerful is - like its predecessor - a collision of dancehall, pop and electronic that just works.

“You’ve got me in chains for your love,” Nick Jonas coos on his latest track. With that kind of wordplay, we’re shocked this sultry R&B-pop number wasn’t put forward for the Fifty Shades Of Grey soundtrack. After just missing out on the top spot on the Official Chart with Jealous back in April, can this go all the way next month?

Rhodes: Close Your Eyes (Out July 5)

Regular Radio 1 listeners will already be familiar with this track by rising star Rhodes, who after a string of EP releases looks set to crack this Official Chart next month with Close Your Eyes; a rousing folk-pop track he recently explained is about his fear of performing.

Currently scaling the charts across the globe, Altanta singer Silento’s annoyingly catchy Watch Me has become a viral hit since its premiere back in January. The UK has until August to learn how to whip/nae nae/stanky leg; and the recently-premiered music video provides the perfect tutorial.

Which new single releases are you excited about leave your comments below: