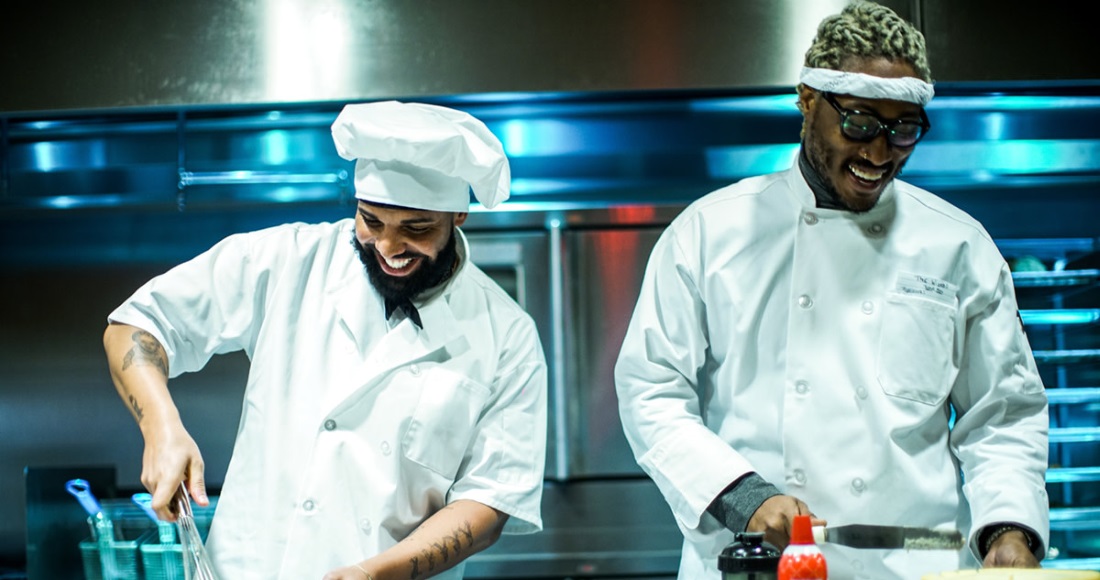 Future’s new track Life Is Good feat. Drake is on track to be this week’s highest new entry on the Official Singles Chart.

The pair's latest collaboration is at Number 5 on the Official Chart First Look, an early glance at how the Official Singles Chart is shaping up based on early sales and streaming reports.

Following the release of the song and its hilarious music video - which sees them working in some particularly unglamourous jobs - last Friday (Jan. 10), Life Is Good set to become the regular collaborators’ biggest track together - their collaborative album What A Time To Be Alive reached Number 6 in 2015.

Meanwhile, Stormzy’s Own It Ed Sheeran and Burna Boy is on course to hold on to the Number 1 spot for a third week. Its closest competition is Dua Lipa’s Don’t Start Now, up one place.

US rapper and musician Roddy Ricch continues to climb with The Box and could enter this week’s Top 10, so far up six places to Number 10.

Just outside the Top 20, Rare by Selena Gomez is set for a Top 40 debut, currently at 26, following the release of the song’s music video and her album of the same name.

Their final chart positions will be revealed on the Official Singles Chart Top 40, unveiled every Friday between 4pm - 6pm. Listen along live on BBC Radio 1.