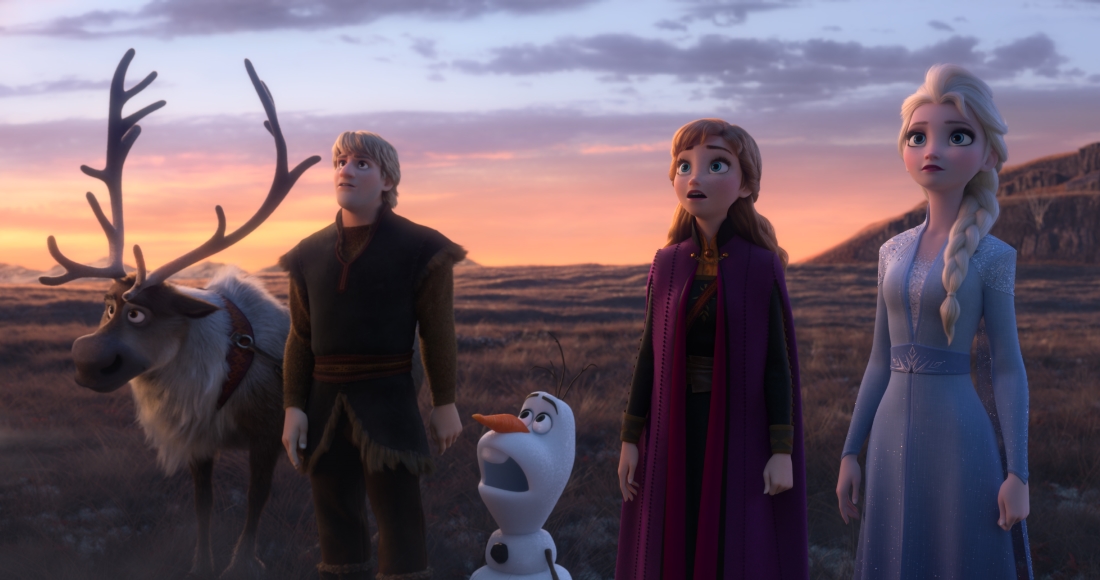 Frozen 2 has a mammoth first week on the Official Film Chart - landing the second biggest digital debut ever.

As we revisit Elsa, Anna, and Olaf, the gang sets off on a dangerous but remarkable journey to discover why Elsa was born with magical powers, and save her kingdom. Idina Menzel, Kristen Bell and Josh Gad reprise their respective roles.

A second new entry enters the chart at Number 6, Knives Out; Detective Benoit Blanc (Daniel Craig) is brought in to investigate the death of renowned crime novelist Harlan Thrombey (Christopher Plummer). Can Blanc uncover the truth behind the death of the celebrated writer?

Terminator: Dark Fate drops to Number 7, Joker’s down to 8, and Maleficent slips to Number 9. Finally, the live-action remake of The Lion King holds on at Number 10.

Hang in there during lockdown and enjoy a movie night in with flatmates, family or online with friends. FindAnyFilm.com makes it easier than ever to find your favourite films, with a huge selection spanning everything from all-time classics to newly discovered gems to family favourites.