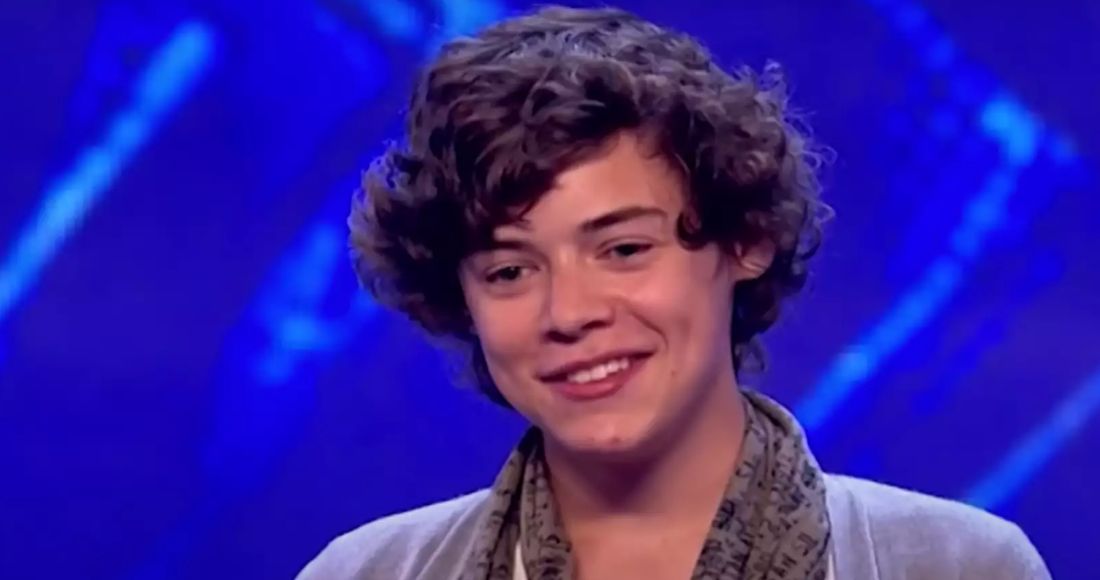 Sometimes, it's easy to forget that before One Direction and before solo superstardom, Harry Styles was actually once just a contestant on The X Factor.

A contestant on The X Factor whose actual full audition didn't even make it to broadcast the first time around.

But don't worry, the footage has always been kept hidden safely away in the Syco vaults, and now just a week or so after behind-the-scenes footage revealed for the first time that judge Nicole Scherzinger was largely responsible for grouping Harry, Niall, Louis, Liam and Zayn together as One Direction (give her her flowers!) we've now got to see how Harry Styles went from Simon's House to Harry's House in an exclusive, never before seen extended cut of his original audition as a soloist.

And perhaps the most interesting revelation is that footage has revealed that the portion of Harry's audition that did make it to air - namely, a lovely acapella rendition of Stevie Wonder's Isn't She Lovely - was actually the second performed he that day.

Originally, the 16 year student and bakery worker had selected Train's Hey Soul Sister (Glee has a lot to answer for!) but seemed slightly out of the sync with the backing track, which made Simon Cowell stop the audition.

“I don’t know whether it’s the track that’s throwing you," Simon said, "but can I hear something just you, without any music?”

And the rest, as they say, was history.

All these years later, of course, Harry is still going strong with the release of his third solo record Harry's House; As It Was was recently named the biggest song of 2022 so far (with 10 weeks at Number 1, its also the longest-running chart-topper of the year too) and Harry's House is also the longest-running Number 1 album of the year too, with four non-consecutive weeks at the top of the Official Albums Chart.

All in all, not bad going for someone who originally got a no from Louis Walsh, right?