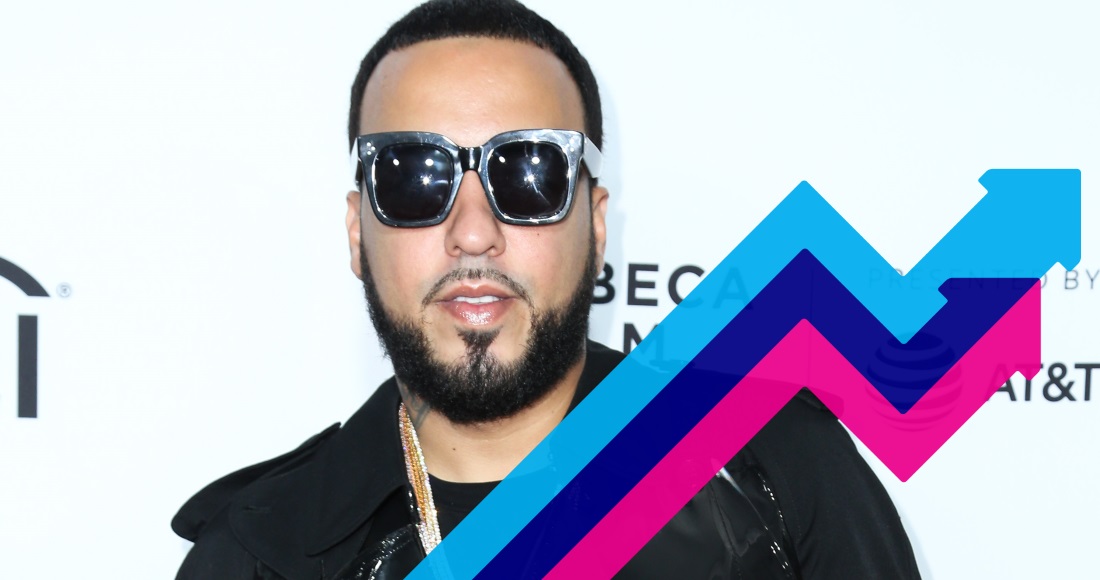 French Montana won't forget this in a hurry.

Unforgettable, the song behind the huge Unforgettable Dance Challenge that has gone viral across the world, is Number 1 on this week's Official Trending Chart.

First charting three weeks ago, the Swae Lee-featuring track has gained in popularity week-on-week, and is now the UK's biggest buzzworthy future hit, as detailed in this week's trending tally. A Number 1 position on the Official Trending Chart is a huge indication that a track is about to become a massive hit. With a viral campaign already behind it, Unforgettable has all the makings of a future Top 10 smash.

That future could become reality this Friday as the track is predicted to break into the Top 10 on the Official Singles Chart on Friday, a chart climb that translates to glory on the Official Trending Chart.

A Top 20 rundown of the UK's freshest tunes making an impact this week, based on movement up the Official Singles Chart, the Official Trending Chart is the UK's measuring stick for upcoming hits (see the bottom of the page for more information on how the chart is compiled).

Elsewhere in the Top 20 countdown, Niall Horan impacts with his brand new single Slow Hands, as do Jonas Blue and HAIM with their latest tracks Mama and Want You Back.

Kasabian's huge Chart Update rise of 59 places sees them sneak into the Official Trending Chart too. You're In Love With A Psycho enjoys a huge boost in buzz following the release of the band's sixth studio album For Crying Out Loud.