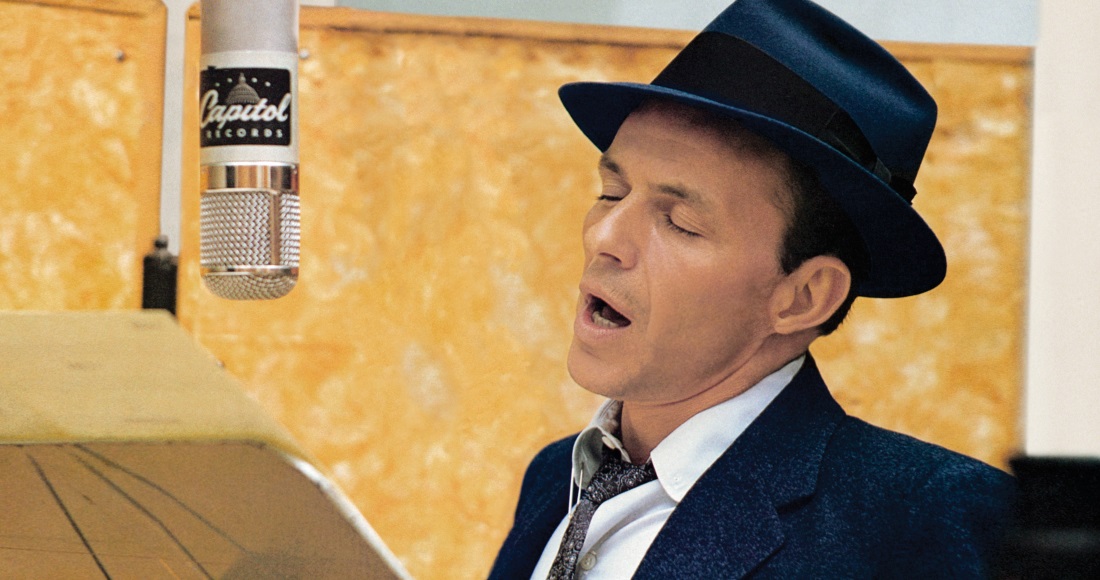 This week (Saturday, December 12) marks what would have been Frank Sinatra's 100th birthday.

His legacy to music remains unrivalled and to mark his centennial year, BBC Radio 2 have programmed a dedicated Sinatra season which includes revealing his biggest selling songs, as compiled by us at Official Charts.

Based on all-time sales of Sinatra’s physical singles and digital track sales from 1952 to 2015, the chart was unveiled on Sunday (December 13) during separate evening shows presented by Michael Ball (7-9pm) and Clare Teal (9-11pm), respectively.

Teal says: "Frank Sinatra… what a legend. That man could light up the world with his voice. It has been so much fun revisiting his classic hits and revelling in the nostalgia that they create.”

MORE: See where all of Frank Sinatra's singles and albums have charted in the UK

Sunday's show culminated in My Way being revealed as his best seller with 989,000 sales. Originally written by Paul Anka and set to music based on the French song Comme D'Habitude, Sinatra's track spent a mammoth 75 weeks in the Top 40 on its release in April 1969, peaking at Number 5 on the Official Singles Chart.

Taking second place is Strangers In The Night. First entering the chart in May 1966, the Grammy-award winning track shot to Number 1 weeks later, enjoying 3 consecutive weeks at the top and hung around in the Top 40 for 19 weeks. To date, its sales stand at 788,000.

A trio of Sinatra's festive tunes also make an appearance in the Top 40, with Have Yourself A Merry Little Christmas at 20, Let It Snow, Let It Snow at 28, and Santa Claus Is Comin' To Town at 39.

Sunday's BBC Radio 2 countdown is followed on Monday December 14 & Tuesday December 15 at 10pm by a repeat of The Dream Concert, compiled from recordings of some of Sinatra's ​best live performances with the great bands of the day, serving up classic songs ​from Witchcraft to My Way - all live.

Jeff Smith, Head of Music, BBC Radio 2, says: “As Radio 2 celebrates Frank Sinatra’s centenary, this chart countdown reminds us just how iconic his music remains and has given listeners the chance to reminisce with an afternoon of Sinatra classics.”